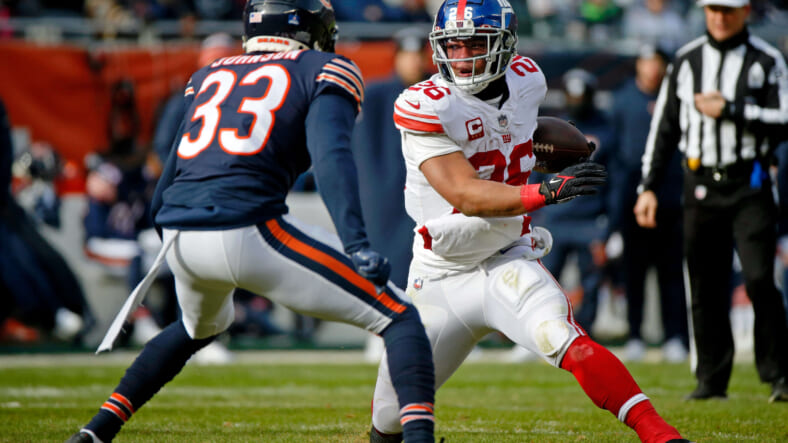 The New York Giants lost to the Chicago Bears on Sunday with a score of 29-3. This leaves New York with a 4-12 record and only one game remaining this season. The Giants finished the 2020 season with a record of 6-10. Expecting improvement heading into 2021, the Giants have regressed, now being unable to match their win total from last season.

The Giants were already eliminated from the playoffs entering this game. With a loss today, New York Giants fans’ sights are set on the 2022 NFL Draft. More exciting than the regular season is the speculation around the Giants’ front office. The team is likely moving on from General Manager Dave Gettleman after this season and looking to replace him with new blood.

However, though that might be the focus of Giants fans, Head Coach Joe Judge and the team want to convince everyone they are focused on finishing the season strong with a win in Washington next Sunday. It is hard to believe the Giants will have any chance of winning though if they play like they did today.

The New York Giants’ inability to protect the quarterback cost them this game. Mike Glennon was constantly under pressure, being berated by Chicago’s pass-rushers. Glennon had no time to throw and, eventually, the Giants just stopped trying to throw the ball. They stuck to the ground and gained some yardage, but seldom enough for a first down and never enough for a touchdown.

Offense has been a struggle for the New York Giants all season long. The team has one struggle match left before they can focus on the offseason and rebuild their team for the future.