New York Giants Found One Of The Draft’s Best Steals 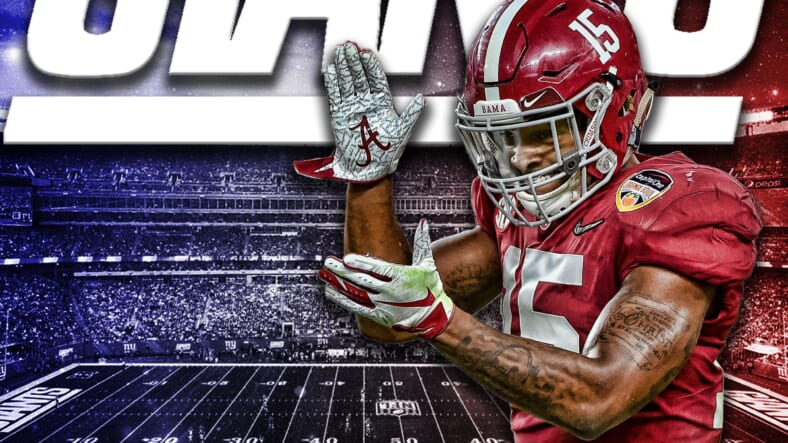 With the NFL Draft over, there’s a lot of focus now on which teams are coming out of it in a good state and which ones didn’t do so well. So far, it looks like the Giants may have outperformed expectations by adding a solid first round pick and following it up by acquiring a player or two later that could be considered steals. The most notable of these steals is the second round pick Xavier McKinney, who looks like an immediate starter at safety.

It’s also not just Giants fans that rate the choice highly, but the wider media. Pro Football Focus is often critical, but the site has praised the pick of McKinney and listed him with some of the other top steals in the draft, which peculiarly includes the first overall pick also.

When you heard the word â€œversatileâ€ all throughout this draft process,Â Isaiah SimmonsÂ was the first name to come to mind. But another should have, too: Xavier McKinney. There have been only five safeties to play over 450 snaps in the box, slot and at free safety over the past two years, and only one of those five produced 70.0-plus grades at all three of those alignments â€” Xavier McKinney. Whether he was playing in coverage, rushing the passer or trying to stop the run, McKinney performed at a high level and produced grades above 79.0 in all facets in each of the last two years.

The Giants are getting a player that was on the first All-SEC team in 2019, and picked up his achievements while playing against the best competition in the country. McKinney also fits an immediate need on the team after the departure of Antoine Bethea left a hole in the other safety spot next to Jabrill Peppers.

The team has made decisions worth criticizing in recent years, but it doesn’t look like their draft in 2020 is one of those – especially after getting an immediate starter at safety from the second round.