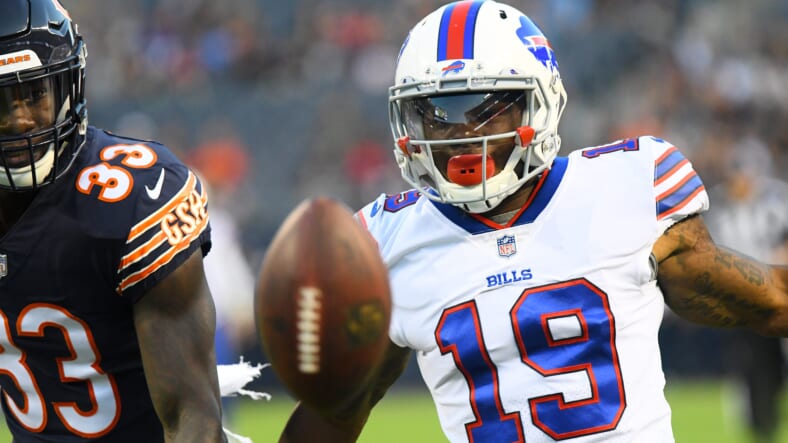 It’s easy to forget about some of the less famous receivers for the New York Giants with a lot of the attention from the press and the fans rightfully going to Sterling Shepard, who recently signed a large contract for four years, as well as Golden Tate, who joins the team from the Eagles as one of the better slot receivers in the league. There’s also others such as Cody Latimer and Russell Shepard, both of whom are among the players that will fight to work their way up the depth chart this offseason.

So it’s forgivable to forget about Corey Coleman. The receiver is on his fourth team but this will be his second year with the Giants after joining the organization in 2018, and from the looks of it, the Giants may have found a player that they can keep around – even if other franchises haven’t seen the same value in Coleman, who bounced between the Bills and Patriots in 2018 and found a home with neither.

“Who was the Z, who was the X, heâ€™s very interested in all that. Heâ€™s learning our system, heâ€™s doing a great job learning it. Heâ€™s fast, heâ€™s really a terrific talent, so hopefully we can get him on the field and make a difference for us,” head coach Pat Shurmur told Giants.com on the subject of Coleman.

“Iâ€™ve got a lot of great people around me. Starting from the ground up, you get to build a base. I get to know the Day 1 install instead of coming in halfway during the season [when it is] just game plan stuff. So itâ€™s helped a lot,” Coleman himself stated.

Shurmur also spoke about just what Coleman added to the team after joining it last season. “As we all know, we really didnâ€™t have an established punt returner to start the year, one that we were total comfortable with. He was able to come in and help the return game. He was basically on kickoffs and then he worked on his punts,” Shurmur said.

Both Coleman and Russell Shepard commented on the state of the receivers room right now, praising it. Coleman specifically claimed that not every team has a group of players such as the Giants.

Hopefully, that early chemistry carries over into the season and is enough to bring the Giants more wins in 2019.