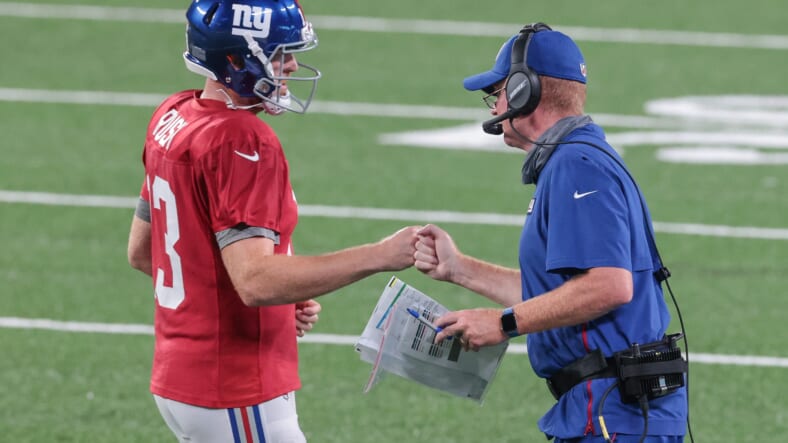 Going into their Monday Night Football matchup with the Bucs, some might expect a close game from the New York Giants. That’s because they’ve been in a number of close games already this season. But more often than not, they’ve come out with a loss instead of the result they were desiring.

It’s a problem that’s plagued the team this season and mention of that problem made its way to offensive coordinator Jason Garrett, who was asked on Friday about the team’s close game problem and had an in depth reply when asked about solving that problem.

“All the stuff that you emphasize from day one throughout your football team, thatâ€™s the stuff that wins the game at the end of the game. At times this year, weâ€™ve done a good job of that. Other times, we simply havenâ€™t. We have to do a better job. Us as coaches, we always look at ourselves first,” the offensive coordinator continued.

It’s hard to say that the Giants coaching staff has performed at peak efficiency this season. But that’s not surprising, given how many new staff members there are compared to previous seasons. It seemed the team was close to figuring it out against Philadelphia, and then the end of the game ruined any momentum.

Against a good opponent like Tampa Bay, the Giants will definitely have a sink or swim moment ahead of them. To either get back that momentum, or sink further.