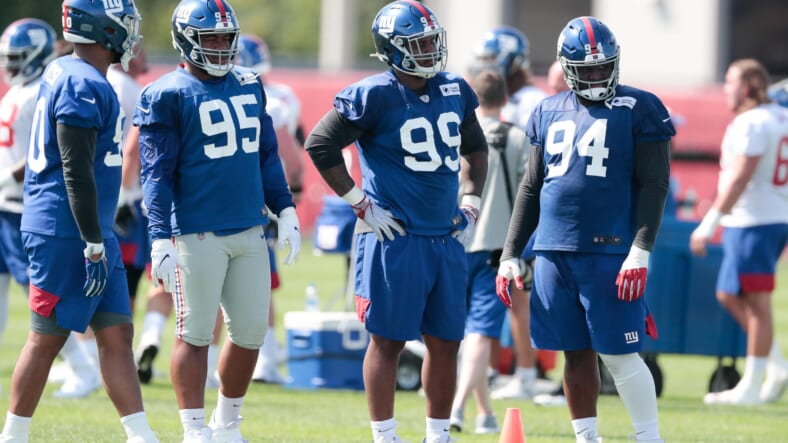 The pandemic related shutdowns in New York and New Jersey had previously thrown into question whether training camp would be able to happen in the usual location for the New York Giants, but not long after the decision for the state of New York to open up to training camps once again, New Jersey has followed suit.

This means the Jets and the Giants are able to open their facilities once again, though their actual return to the field will depend on the NFL’s regulations and how quickly they decide to allow offseason activities to resume.

UPDATE: Professional sports teams in NJ may return to training and even competition – if their leagues choose to move in that direction. We have been in constant discussions with teams about necessary protocols to protect the health and safety of players, coaches, and personnel. pic.twitter.com/yMrCFtSyqY

Interestingly enough, professional sports competition is also allowed once again in New Jersey, though right now, it doesn’t look like there’s any teams that are in a position to make that return given the closed down status of the country’s professional sports leagues right now.

It remains to be seen when the NFL will make a decision on letting teams get to OTAs and training camp, but the league has allowed teams to open facilities again if their local legislature allows for it. The current extent of this opening up would allow some players to come to the facilities to start training, but is otherwise restrictive compared to a full reopening.

One can imagine that the league’s decision will be impacted by other locales, also. It would be unfair, after all, if some teams were able to hold training camp and continue their offseasons normally while other teams were forced to hold off on it because of not being able to open their facilities.

Still, even if the Giants can’t get back to normal right away, this current announcement from the governor is a step in the right direction and a sign that the offseason will likely pick up at some point.