New York Giants: Everything on the table with Allen Robinson’s future 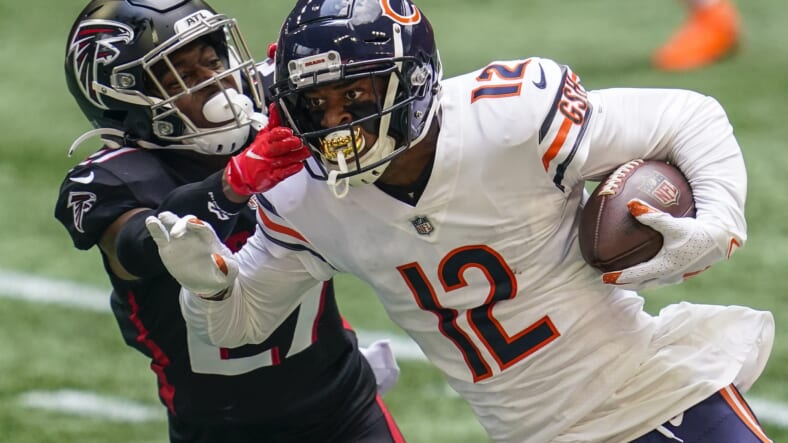 The New York Giants need a number one receiver, and Allen Robinson has been connected to the Giants by rumors for a long time now. The Giants never did make a trade for Robinson, but it looks like the wide receiver is going to become a free agent after not agreeing to a contract yet with the Bears. Chicago, of course, has just been eliminated from the playoffs. With no more games this season, the franchise will likely turn their attention to personnel decisions like this.

Robinson said on Monday, the day after the game, that “everythingâ€™s pretty much on the table” despite also claiming that he has great fondness for the Bears as an organization. That ‘everything’ includes the option of leaving the Bears for some other team, and Robinson restated how long the Bears have had to reach a deal before things got to this point.

“I personally feel like we had an opportunity to be able to get something done over the past 365 days,” Robinson told media. Robinson’s social media activity earlier in the season indicated he might be thinking of leaving Chicago. The receiver was spotted liking some tweets about that subject, and popular consensus says Robinson will likely be on the way out as part of reshuffling for Chicago.

It remains to be seen if the Giants are a good destination in the long run for the receiver, though. The Giants may find it hard to fit Robinson in under the salary cap, and it looks like Robinson is interested in leaving the bad quarterback situation of the Bears.

While the Giants only leaned on one QB while Daniel Jones was healthy, Jones himself is another developing quarterback and Mitch Trubisky threw for more touchdowns and less interceptions than Jones did.

Obviously, though, the Giants have a need at receiver and Darius Slayton didn’t turn into that player that they’re looking for last season. If they address this through free agency and not the draft, Robinson may be the player on their radar.