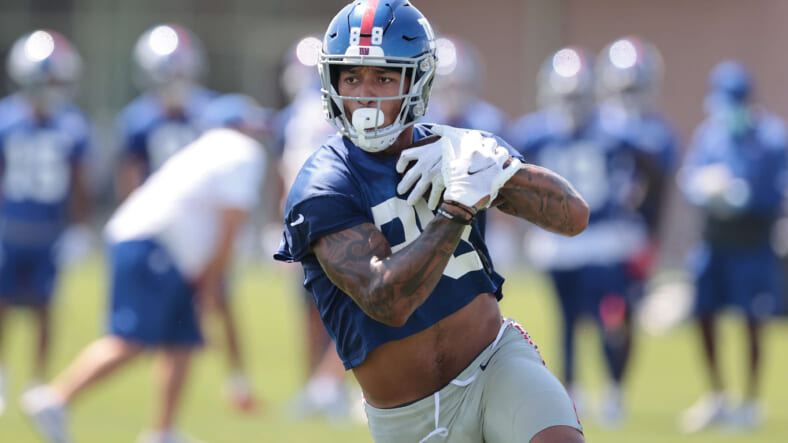 Even going into the second game of the season, the New York Giants might not have all of their offensive weapons on the field. The team was missing Evan Engram in the season opener and Engram was confirmed today as set to miss his second straight game with a calf injury from before the start of the season.

He’s not the only player that will miss the Thursday Night Football appearance against Washington. In slightly more minor news, special teamer Cam Brown and guard Shane Lemieux will also miss the game.

Saquon Barkley hasn’t been ruled out of the game like these other players. Despite that, he’s listed as questionable and there’s also no guarantee that he will play. While Barkley played in the opener, it’s clear that the staff are taking a cautious approach with him and that he wasn’t playing at his best while coming back from injury.

While some of the poor performance can be attributed to bad run blocking from the offensive line, a theory which is backed up by the lack of performance from alternative option Devontae Booker, Barkley ultimately didn’t utilize much of his unique skillset in the loss.

He looked like any replacement level running back in the league, and while Barkley himself refused to use his injury as a crutch, we may have to consider the possibility that his return was a bit too quick.

Devontae Booker is still waiting in the wings to take a larger role if Barkley is held back to recover longer before being brought back into the fold fully, but based on his own poor numbers from last Sunday, that may not be the most encouraging prospect for those hoping to see an improvement in the rushing attack against Washington.