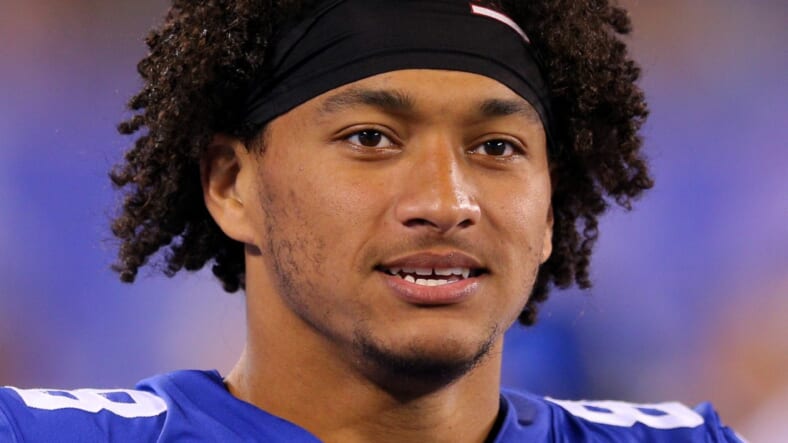 Perfect pass, perfect play, perfect time, but not the perfect player. The New York Giants fought until the final moments in their loss to the Philadelphia Eagles in week 7, but it was tight end Evan Engram who couldnâ€™t come away with the game-sealing catch.

With 2:14 left on the clock in the fourth quarter, Daniel Jones threw a beautiful deep ball to Engram in stride, in which he failed to come down with the catch. That resulted in a punt and an impending touchdown by the Eagles, giving them a 22-21 lead.

As they say, â€œthat was all she wrote.â€

Philadelphia managed to secure the victory in a must-win game for the Giants, as they now have fallen twice to divisional opponents, all but ending their playoff hopes in a terrible NFC East division. With the November 3 trade deadline coming up, we can all but assume they will be sellers.

After the contest, reporters asked Engram about the job, in which he stated:

https://twitter.com/art_stapleton/status/1319490820958027777
It is nice that Engram is taking responsibility for his deficiencies, but words wonâ€™t take back the past. The trust the Giants have placed in him must come to fruition, and dropping passes like that oftentimes results in negative consequences.
We have seen what Engram can do in the passing game and as a pass blocker, but mistakes in the biggest moments canâ€™t be tolerated. That is simply what separates good from great teams.