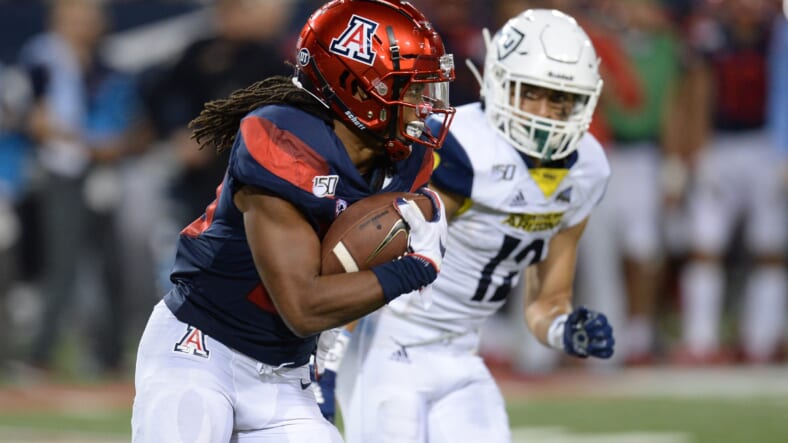 With 196 the overall pick, the New York Giants selected Arizona running back Gary Brightwell, who offers a bit of downhill burst in the running game. Of course, most of these late-round selections are Joe Judge special teams players, who will take advantage of an opportunity to help in any way.

The Giants have had a successful 2021 NFL draft so far, and once you get into the later rounds, youâ€™re going for immediate value on special teams and upside. Brightwell has some solid speed when running downhill and makes players miss at first contact. As Dave Gettleman stated, “speed kills,” and he has a nice burst to pair with solid one-cut quickness.

While I donâ€™t think Brightwell will end up starting anytime soon, he can be a contributor on special teams in some way and be a developmental player behind Saquon Barkley and Devontae Booker. Best case scenario, the Giants work with him and he can supplement any injuries or fatigue down the line.

Of course, some mightâ€™ve likened the Giants to an offensive lineman like Tre Smith, who has been plummeting down draft boards. However, they clearly feel confident with a group of players they have on the roster.

Downhill runner, not afraid of contact, has some straight-away speed but not much lateral quickness. North-South running from a brief look. pic.twitter.com/X8WtZ46qUY