New York Giants draft Georgia LB Tae Crowder â€“ what does he bring to the team? 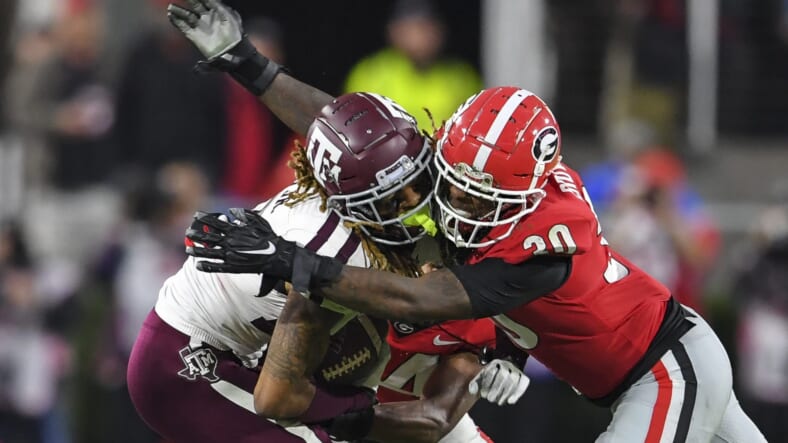 Taking a look at Georgia LB Tae Crowder, drafted by the New York Giants with the 255th overall pick:

With the Mr. irrelevant pick and 255th selection in the 2020 NFL draft, the New York Giants elected linebacker Tae Crowder out of Georgia.

USA TODAY’s Draft Wire ranks Crowder inside the top 20 NFL draft prospects at the linebacker position for this class. He is an unsung hero for the Bulldogs, having been a last-minute addition to their 2015 signing class.

During his three years as a starter, Crowder tallied 122 tackle and two turnovers in the process. He is a pure developmental player but heâ€™s one of the hardest hitting linebackers in college football.

Another pure competitor and potential roster spot player for the Giants to maximize during training camp. In 2019, he logged 62 total tackles and four tackles for loss.

His stats donâ€™t necessarily stand out, but he is one of the more experienced players in the SEC and Georgia team, making him a solid grab with the last pick in the NFL draft.