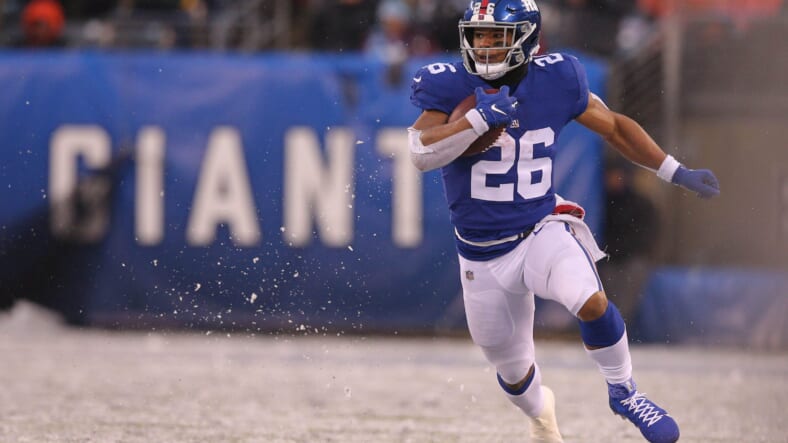 New York Giants fans will have one more piece of good news before the NFL Draft. That comes in the form of news about the team’s running back, Saquon Barkley. No one really thought the Giants were going to do differently, but they finally made things official and picked up the fifth year on his rookie contract.

The team announced this on Wednesday, in a surprise move that might come earlier than some expected. But for most, there was never a question that the Giants were going to make this move, even if earlier in the offseason the organization itself spoke of it as something that still had to be considered and wasn’t a guarantee.

Barkley is of course in the running to receive a super-deal when his rookie contract is done, either with the Giants or another franchise depending on the strategy they take in the long run. However, injuries may throw a wrench into that for him as he’s already had a couple seasons in his young career disrupted heavily by them.

In 2021, Barkley’s main goal will be showing everyone that he can still play the same as he did in his rookie season, when he was healthy and set the league on fire.

For now, though, we know that the future contract isn’t too immediate of a worry – while it is an important situation on the horizon for the Giants, they’ll still have Barkley around for a bit more before it’s on the forefront. Picking up his fifth year option only further confirms that.