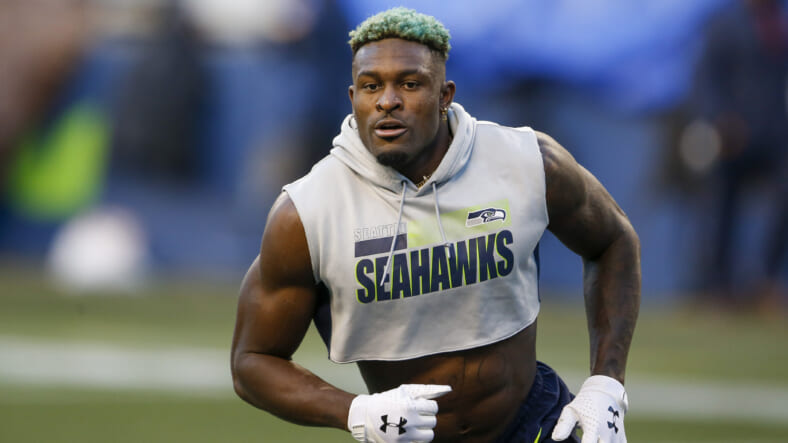 The New York Giants will face off with one of the best teams in the NFL on Sunday. New York is traveling to Seattle to play the 8-3 Seahawks, led by MVP candidate Russell Wilson. The Giants’ defense has been stellar in 2020, but this will be their toughest task yet. Russell Wilson and the Seahawks offense has been phenomenal this season.

The Seahawks are used to getting elite quarterback play from Russell Wilson. Year in and year out, Wilson is one of the best signal-callers in the NFL. But this year, the Seahawks have benefited from the emergence of superstar wide receiver DK Metcalf. In his second professional season, Metcalf has had a breakout year, establishing himself as a true superstar in the NFL. Metcalf has dominated cornerbacks this season, giving the Giants the tall task of covering him while also accounting for the likes of Tyler Lockett and Chris Carson on Sunday.

Russell Wilson is one of the best, most accurate deep ball throwers in the NFL. He has taken complete advantage of DK Metcalf’s speed and deep receiving abilities this season. Metcalf has 12 catches 20+ yards downfield this season, tied for the most in the NFL. He also leads the NFL in 30+ yard receptions with 12. The next closest is a tie between Justin Jefferson and DJ Moore with only eight 30+ yard receptions.

DK Metcalf is also coming off of his best game as a pro. In Seattle’s Week 12 matchup with the Philadelphia Eagles, DK Metcalf dominated Darius Slay and the Eagles’ secondary. Metcalf totaled 10 receptions on 13 targets for 177 receiving yards. He could not be contained and set Seattle’s offense up in scoring position numerous times.

Thankfully for the New York Giants, they have one of the NFL’s best cornerbacks in James Bradberry. Bradberry has been phenomenal this season, locking down nearly every wide receiver he has faced off against. But this will be his toughest task yet, lining up against the 6-4, 229-pound animal that leads the NFL in receiving, DK Metcalf.