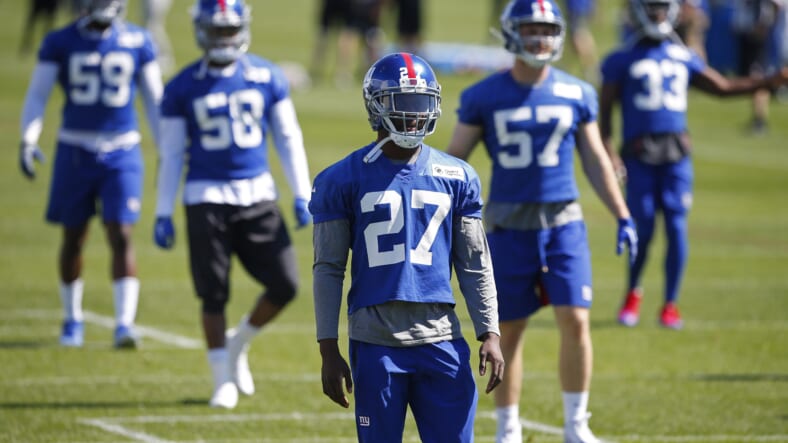 The offseaon took a strange turn for the New York Giants when cornerback DeAndre Baker was accused of armed robbery, and it doesn’t look like that story is going to die down anytime soon. While some may assume that Baker and Quinton Dunbar have already been arrested by the Miramar Police Department following the warrant being revealed online, that isn’t entirely the case – Baker hasn’t yet turned himself in, and both players claim innocence.

As of this morning, DeAndre Baker has yet to turn himself in to Miramar PD. #Giants https://t.co/EkMt80ZvPr

While the initial headline might sound like a manhunt is in the works, reality likely won’t be that exciting. While Baker hasn’t turned himself in yet, it looks like the Giants corner is working on doing so. According to Andy Slater, Baker is currently working out the details of such a move and, according to Baker’s legal team, statements from witnesses will prove his innocence.

Baker has statements from several witnesses proving his innocence, his attorney Brad Cohen tells me.

It seems like it’s the same story from Dunbar. According to Dunbar’s lawyer, there’s five witnesses that clear the innocence of his client. These claims, of course, will be further tested in the future – right now, it’s just the police’s words against the words of the players and their lawyers.

Is it possible that this story was jumped on too soon by the media when there might still be significant turns left? Possibly. There is a chance that this is a large misunderstanding, if what the lawyers claim is true. On the other hand, there’s a motive to claim innocence here, even if neither player really is innocence. After all, if the allegations are indeed true, it looks like both formerly prominent players could see their way out of the league entirely thanks to their actions on a single day.