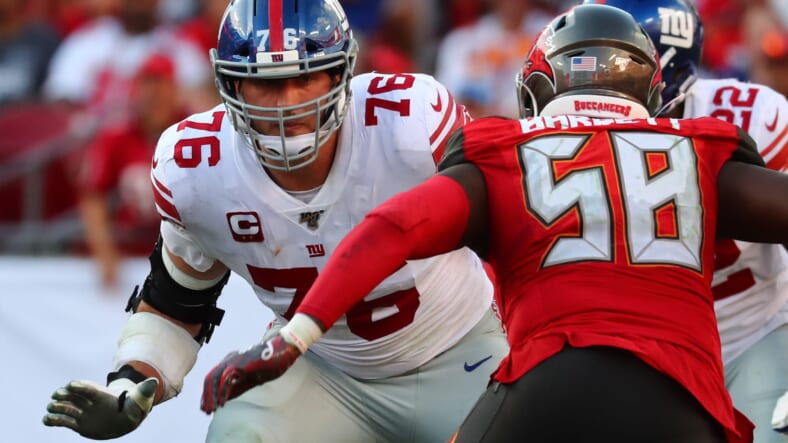 The New York Giants have some offseason choices to make, and what to do with Nate Solder is one of them. The former Patriots tackle had a very underwhelming first season before sitting out his second season with the franchise entirely. If he comes back for a third year as a Giant, he might find it far tougher to secure and hold onto a spot in the lineup. But Solder coming back is far from guaranteed.

Solder has been able to relax and enjoy family life over the course of the season he sat out, and that might play into a decision to walk away from the game. Dan Duggan, of The Athletic, believes that’s the likely outcome.

Solder turns 33 in May. He has played in 130 games, won two Super Bowl rings and earned over $70 million. He has three young children, including 5-year-old Hudson, who is battling cancer, and has ambitions that extend far beyond football.

With all of that in mind, my gut feeling is that Solder will retire.

There’s also a chance the Giants could cut Solder whether or not he retires. But Duggan also mentioned that the cap savings the Giants would get from such a cut wouldn’t be available until the premier free agents are off the market.

As such, it’s unclear what would happen if Solder doesn’t walk away on his own. But considering how he’s already achieved everything and has an uphill battle if he does come back, that retirement route doesn’t look all that unlikely.

The Giants drafted Andrew Thomas to play tackle, after all. It may be time to hand over the reigns completely to the second year player and move on from Solder at the position.