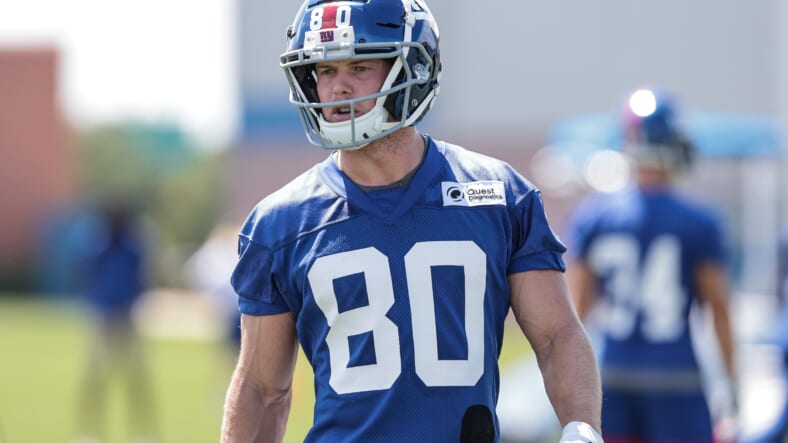 The New York Giants made an interesting move on Tuesday following their loss of the Pittsburgh Steelers. Despite having a strong camp, the Giants cut wide receiver Alex Bachman, from the practice squad, per The Athleticâ€™s Dan Duggan. Why would they make this move?

The Giants are cutting WR Alex Bachman from the practice squad, per source. Surprising since he had a strong camp.

I believe, based on their inadequacies at the cornerback position, the Giants will fill their practice squad with one more option. Corey Ballentine and Isaac Yiadom simply werenâ€™t able to hold up in coverage, so adding another player to compete in practice could be a positive move. The Giants already have a bevy of wide receivers in Derrick Dillon, Binjimen Victor, and Austin Mack on the practice squad. Utilizing a spot to increase depth at another position is always a positive.

One of the positives for the Giants on Monday night was evidently their wide receiver corps, which looked good behind quarterback Daniel Jones. Without Golden Tate, they managed to hold their own, securing two touchdowns (both to Darius Slayton) through the air and likely wouldâ€™ve been more if not for Jones throwing an interception in the red zone.

However, with Bachman hitting the market, we will see their corresponding move this week.