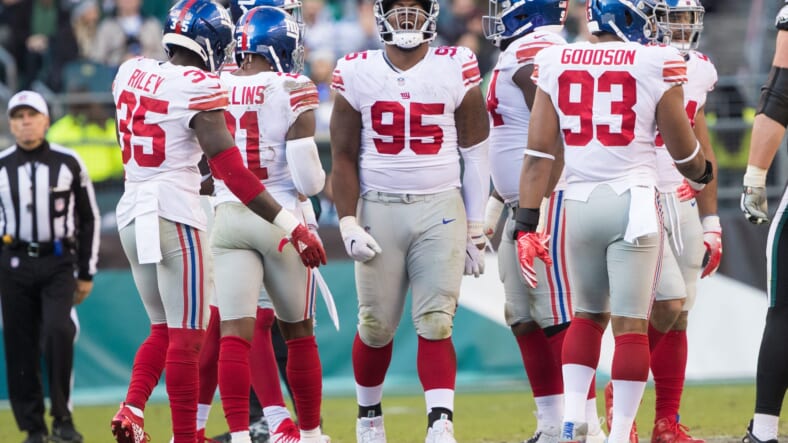 In his 2018 rookie season, BJ Hill racked up 5.5 sacks, an incredible number to reach as a rookie interior defensive lineman. Since then, Hill has been somewhat buried on the depth chart as the team has accumulated more talent on the interior.

BJ Hill is entering his fourth season in the NFL and is slated to earn over $2 million with a cap hit of $2,440,379. Some might view this as a hefty price to pay for a second-string interior defensive lineman. Considering the other names listed on the roster, the Giants could make a cost-efficient decision and move on from BJ Hill before the start of the season.

Why the Giants might move on from BJ Hill

BJ Hill has been an excellent second-string defender for the Giants over the past couple of years. But his expensive cap hit could encourage the Giants to move on from Hill. The Giants have a slew of young defensive linemen on the roster that could challenge BJ Hill for his position.

David Moa and Raymond Johnson III are two young defensive linemen that have impressed this summer. Both players are pushing for a roster spot. The Giants could consider keeping one or both of these players on the roster and moving on from BJ Hill. This would be a cost-efficient strategy.

Cutting or trading BJ Hill would free up $2,183,000 in salary cap space. This extra cash could be invested in New York’s offensive line or another position of need. David Moa has a cap hit of only $663k and Raymond Johnson’s cap hit is only $670k. These two players can be kept around at a much cheaper price tag than BJ Hill. Considering BJ Hill is not even a starter on the Giants’ defense, this is a roster move that the Giants should heavily consider.

BJ Hill is a great player, so he might garner some trade interest from another team. It would also make sense for the Giants to keep Hill as quality depth. But the need to add talent at other spots on the roster might compel the Giants to free some cap space by moving on from BJ Hill.

What are your thoughts on BJ Hill? Should the Giants look to move on from Hill and give Moa or Johnson III a shot at the roster?