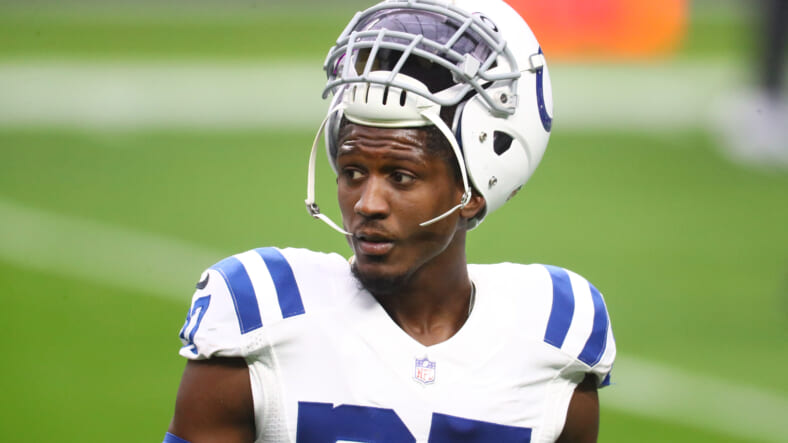 The New York Giants are making it a point of emphasis to upgrade their offense this offseason. New York’s offense was pitiful in 2020, averaging a putrid 17.5 points per game (second-worst in NFL). The strength of the Giants’ roster is their defense. However, there is room for improvement on that side of the ball, too.

The Giants’ defense has a couple more holes to fill before it establishes itself as one of the best units in the NFL. One area of weakness is in the Giants’ otherwise strong secondary. New York’s secondary features a formidable safety trio of Jabrill Peppers, Logan Ryan, and Xavier McKinney. Their number one cornerback James Bradberry is also dominant in his own right. But opposite of Bradberry is a weaker link.

The Giants’ secondary cornerback position was an inconsistent, revolving-door of players all year round. New York started the likes of Cory Ballentine, Ryan Lewis, Isaac Yiadom, and Julian Love at that position, with no one truly standing out as a competent starter on the outside. With the Giants likely to target an offensive player in the first round of the 2021 NFL Draft, one avenue they could take to improve their cornerback position is through the mean of a veteran in free agency.

The New York Giants are going to be balling on a budget in the 2021 offseason. New York is already a few million dollars over the salary cap. They will make plenty of cuts, though, to get under the cap ahead of free agency. But this will still likely lead the Giants to shop in the bargain bin for some positions.

One position that the Giants could go a cheaper route with is cornerback two. If New York spends a lot in free agency, it will likely be on a wide receiver. There are plenty of cheaper, veteran cornerbacks for the Giants to choose from, though.

The Pittsburgh Steelers are in a cap pinch and are very likely to move on from veteran cornerback Joe Haden this offseason. Haden is an eleven-year NFL veteran. He spent his last four seasons with the Steelers after starting his career in Cleveland with the Browns.

Despite being 31 years old, Haden is still a really solid starting cornerback. He is only one year removed from his 2019 Pro Bowl appearance in a season where he racked up 5 interceptions, 17 passes defended, and 65 combined tackles. He followed that up with another respectable season in 2020. This past year, Haden snagged 2 interceptions, defended 12 passes, and combined a total of 52 tackles in 14 games.

Signing Joe Haden would bring stability to the Giants’ second cornerback position. Haden would be a more expensive signing than some other options, but given his age and slight regression in performance, the Giants should be able to sign Joe Haden to an affordable contract if they want to.

Xavier Rhodes is another veteran cornerback whose team might not be able to afford him in 2021. Rhodes signed with the Indianapolis Colts last offseason after seven years with the Minnesota Vikings. The end of Rhodes’s time in Minnestoa saw him regress from being one of the best cornerbacks in the NFL to about league average. But a change of scenery in 2020 seems to have revitalized Xavier’s career.