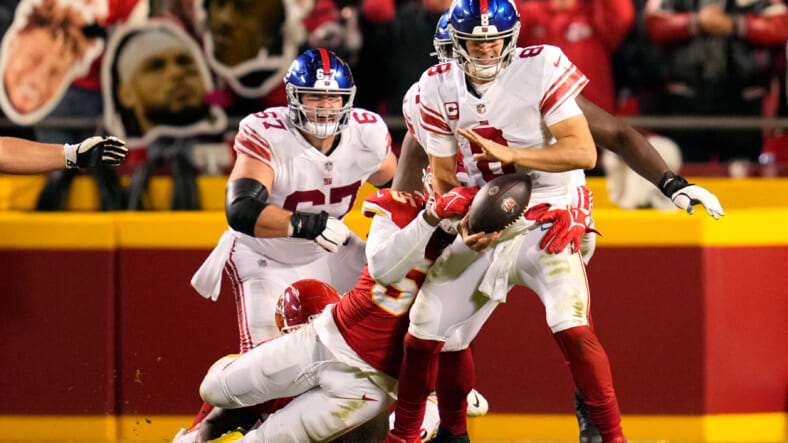 The New York Giants played the Kansas City Chiefs tonight in a Week Eight matchup of Monday Night Football. The Giants traveled to Kansas City and came away with a loss in a game that finished with a final score of 20-17.

The Giants fall to 2-6 after a hard-fought game that saw them take a 17-14 lead in the fourth quarter. The Chiefs moved the ball into field goal range twice and Harrison Butker ultimately willed his team to a victory with a go-ahead field goal in the final two minutes of the game.

The Giants got a few of their playmakers back on the field for tonight’s game, only to see them leave the field once again with new injuries. Sterling Shepard left the game with a quad injury and Kadarius Toney played through a hand injury he suffered tonight. Dante Pettis also picked up an injury, leaving the Giants short-staffed at wide receiver once again.

Daniel Jones and the Giants offense had a better performance than they have in past weeks. However, costly mistakes and a failure to execute down the stretch handed the game away to Patrick Mahomes and the Kansas City Chiefs.