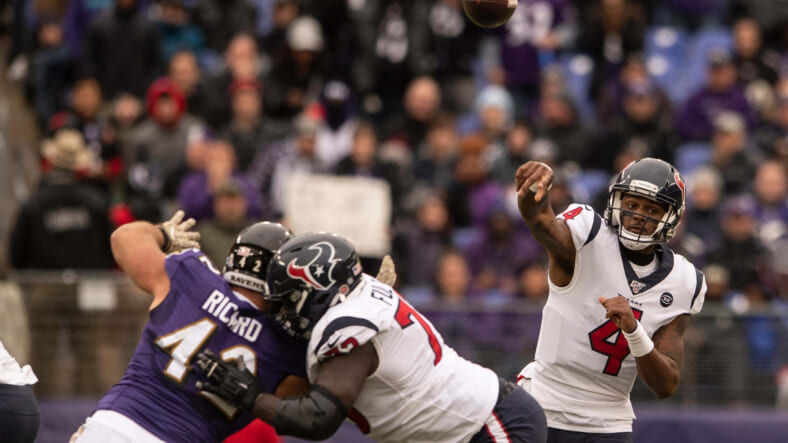 Despite this, the Giants did not make much of an effort to upgrade their offensive line during the 2021 offseason. They have a young bunch of linemen expected to start this upcoming season, all of which are inexperienced and unproven. But one offensive lineman that the Giants did sign seems to be flying under the radar.

New York did not spend any of its draft picks on another young offensive lineman this year. But they did take a chance on a veteran offensive guard by the name of Zach Fulton. Most fans expect Fulton to be a backup/depth option for the Giants while the young bucks stay in the starting lineup. But could Zach Fulton steal a starting guard position in 2021?

Why Zach Fulton could be a starter in 2021

The Giants made a few lowkey moves on the offensive line this season. The signing of 29-year-old Zach Fulton was nothing splashy, but it was a valuable acquisition. Fulton is a seven-year NFL veteran who started his career with the Kansas City Chiefs in 2014. Fulton played right guard, left guard, and center during his time in Kansas City, starting 46 total games for the Chiefs from 2014 to 2017.

In 2018, Fulton signed with the Houston Texans. He signed on and became the Texans’ starting right guard over the course of the last three seasons. Fulton started 44 games for Houston from 2018 to 2020 before signing with the New York Giants in 2021.

Throughout the entirety of his career, Zach Fulton has been a starting offensive lineman. However, upon signing with the New York Giants, many fans assumed he would be brought in as a depth piece. His career track history might suggest otherwise. Fulton has never been a great, high-level starter in the league, but he has provided two teams with availability and stability on the interior of the offensive line. With the Giants set to start a couple of big, young question marks at left and right guard in 2021, the signing of Zach Fulton makes a lot of sense to provide the team with some insurance.

According to Nick Falato of Giants Country, these are Zach Fulton’s strengths and weaknesses:

So Zach Fulton might not be so good in pass protection. But neither is projected starting left guard Shane Lemieux. The Giants’ 2020 fifth-round selection Lemieux recorded a 16.9 pass-blocking grade via PFF in his rookie season as he allowed 25 pressures and 5 sacks on 281 opportunities (8.9%). Granted, Fulton was not much better in 2020, allowing 39 pressures and 11 sacks on 637 opportunities (6.1%). But Fulton’s down-year in 2020 still graded out better than Lemieux’s rookie campaign. Fulton is a proven veteran that can start anywhere on the interior of the offensive line. He might not be a starter in Week One, but if the Giants’ offensive line continues to struggle, Zach Fulton could push his way into the team’s starting lineup before the season’s end.