New York Giants: Can Tae Crowder be the answer next to Blake Martinez? 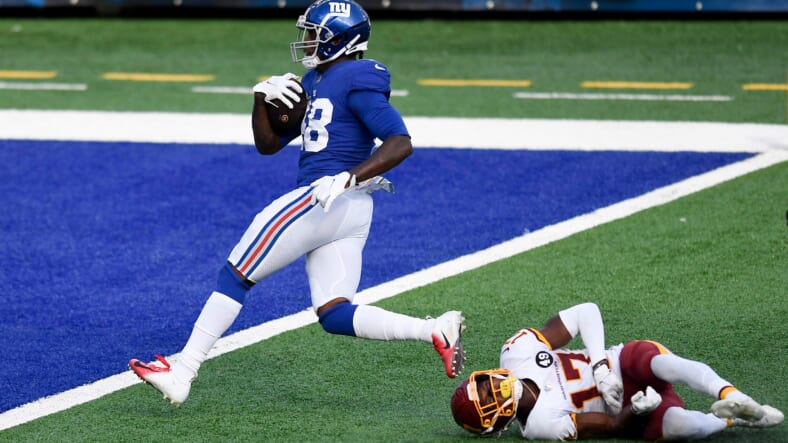 Going into the 2020 season, the New York Giants expected to have not one but two problems at linebacker. Nobody expected former Green Bay Packer defender Blake Martinez to become a staple on defense, currently ranking as one of the best at his position in the NFL through nine weeks.

Martinez currently leads the league with 92 total tackles and has an 80.4 overall defensive grade, per PFF. He has been a stellar run defender and has consistently gotten better in coverage as the weeks have gone by. Against Washington this past weekend, Martinez recorded an interception and pass break up, limiting his assignments to just 27 yards on three receptions.

The emergence of Martinez for the Giants has been welcomed, especially after he signed a three-year deal this past off-season. The problem, however, is the second linebacker spot next to him.

How have the New York Giants supplemented the LB2 position?

During camp, the consensus was that Devante Downs would fill the secondary linebacker role and that 6-foot-2 and 252 pounds, he represents a mammoth at the LB position. Last week, he played 29 total defensive snaps, but the Giants are preparing to gain back seventh-round draft choice Tate Crowder. While Downs has been effective in the run game the past several weeks, he is lackluster in coverage.

Crowder, on the other hand, is a better athlete and played well during his five appearances this season. He has one fumble recovery which he took for a touchdown and nearly secured an interception against the Los Angeles Rams.

As â€œMr. Irrelevant,â€ Crowder has a long way to go before he is a cemented starter in the NFL but has presented solid traits and tangible abilities.

Crowder moves well with the flow of the game and is a smart player, especially when it comes to being in the right place at the right time. Heâ€™s not the fastest linebacker out there, but he makes up for his lack of speed and agility with effort and knowledge of the scheme. He took to Patrick Grahamâ€™s defense quickly and was recently designated for return after spending several weeks on injured reserve with a hamstring injury.

It is too soon to tell if Crowder will be a focal point on defense and pair well with Martinez, but in his limited action, he showed plenty of promise and optimism. The remainder of the season will give us a good idea if he can lock down the spot and alleviate some concerns for the Giants going into the 2021 off-season.