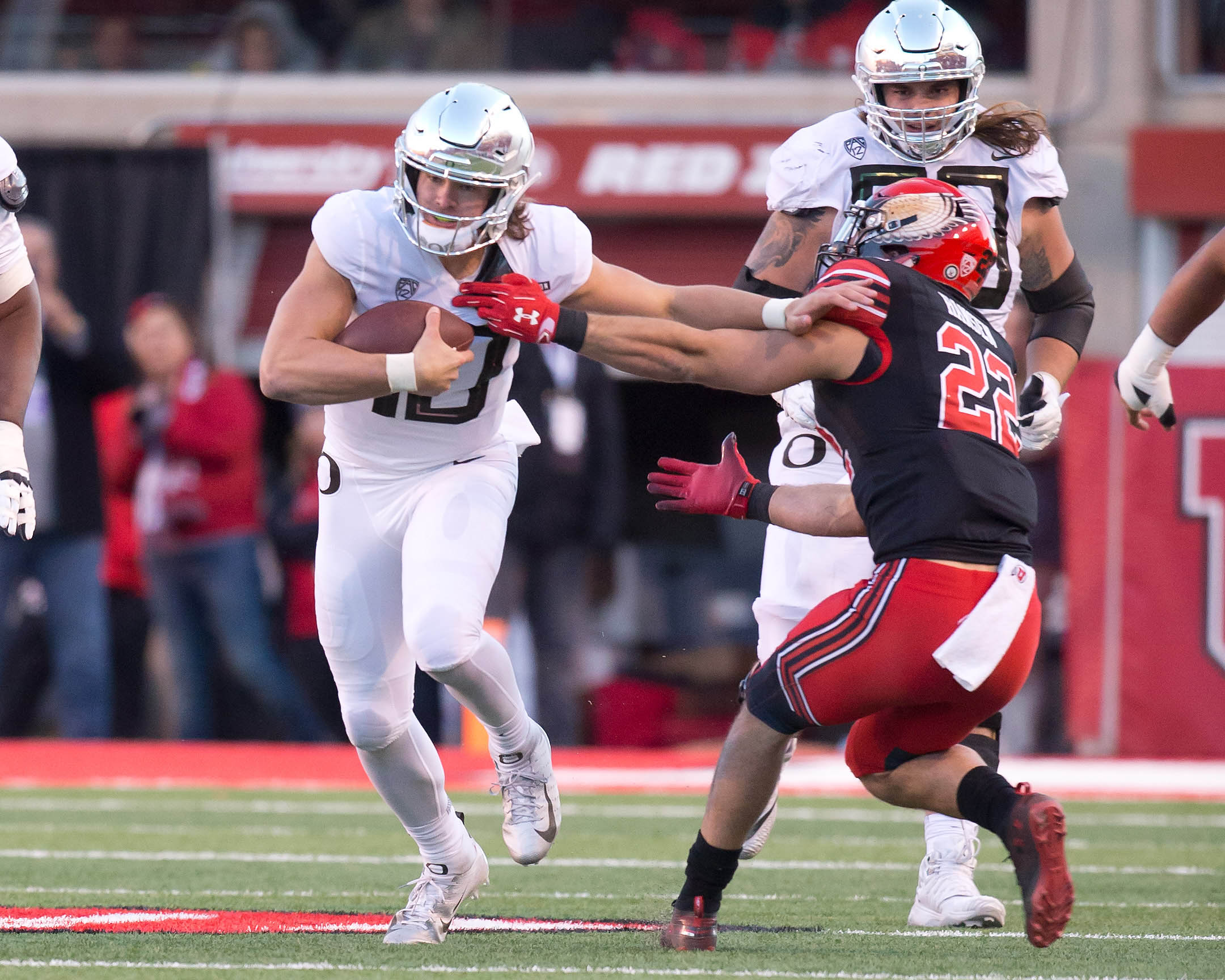 If you haven’t heard the name Justin Herbert, you might want to begin familiarizing yourself with it. Herbert is a college quarterback that has been a heavy target for the New York Giants this season, as they continue investing time and effort in his scouting.

The Oregon quarterback has the size of Josh Allen and the throwing ability of Josh Rosen. The primary question is: Will he commit to the NFL draft after reports stated he might want to stay one more year to play with his younger brother?

Personally, I believe he will commit, why? Because he would be the top quarterback option in the draft, maximizing his monetary compensation – additionally, he would have the chance to feature on a Giants time composed of Odell Beckham Jr. and Saquon Barkley.

For a college passer to go from a team with no play-makers, to one with more than he’s ever seen, you can consider that a dream come true.

At 1-7 on the year, the Giants currently hold the 1st overall pick ahead of the Oakland Raiders. It’s possible the Raiders are interested in the passer but Derek Carr surely complicates those plans.

How have the New York Giants allocated resourced towards Justin Herbert?

General manager Dave Gettleman has been present for three of Herbert’s games this season, where he’s played well despite a lack of support. By doing this, he in terms raises the value of a quarterback for other teams in the market. If the Giants are high on a quarterback that might be the top prospect in the draft, it will require a kings ransom to trade up to acquire him.

What’s so great about Herbert?

The Ducks signal caller is simply a fantastic athlete. He can operate in the play-action and extend plays with his legs. Additionally, he has incredible mobility in the pocket which will be essential in a pass-rush heavy NFL. One of his more underrated attributes is his arm strength. He can put immense zip on balls and shoot passes through tight windows. Anticipation is another impressive characteristic Herbert acquires. He can throw his receivers open when pressure is closing in. Herbert can be reckless with the ball, as he’s thrown five interceptions in five straight games, but this can be coughed up to his risk-taking nature. With a little refinement and timing work he can eradicate those mistakes and turn them into big gains.