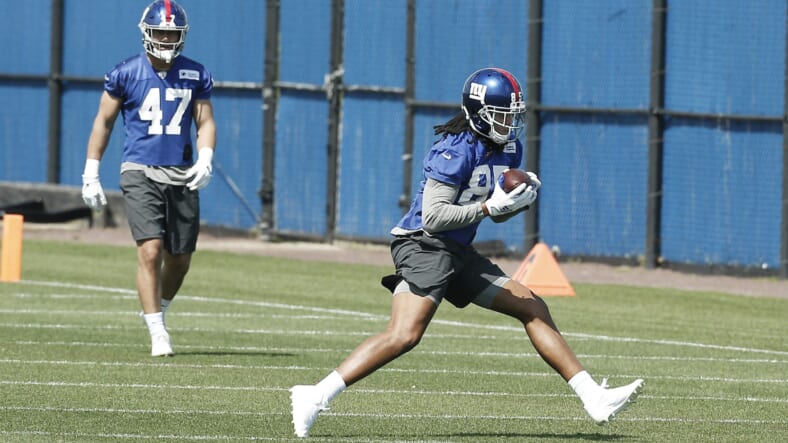 The New York Giants signed Kelvin Benjamin after a tryout last weekend, and while he most likely is just a camp body as the Giants filter out the roster, there is some upside that could be fruitful.

Benjamin has been out of the NFL for the past two years and is currently 30 years old, which likely indicates his best days are behind him. Benjamin last played in 2018 with the Buffalo Bills and Kansas City Chiefs, tallying 380 yards and one touchdown. His lone score was Josh Allenâ€™s first touchdown in the NFL, but most donâ€™t remember that Kelvin played a part.

Benjamin was drafted back in 2014 by current New York Giants general manager Dave Gettleman. The former 28th overall pick was impactful for his first two seasons, recording 1,008 yards and nine scores in 2014 at 23 years old. A year later, he recorded 941 yards and seven scores, seeing a slight drop off in production but overall maintaining his stature. It wasnâ€™t until 2017 that things seemed to hit a wall. His statistics saw a massive decline, earning just 692 yards and three scores.

Gettleman was enamored by the 6’5″ pass catcher, indicating he had incredibly talented hands while also being an opposing possession receiver.

The start of his NFL career was promising, but what is his value now for the Giants, and what would be the best-case scenario look like?

The Giants could look to cross-train Benjamin at wide receiver and tight end, which is where I think the most value lies. He looks like heâ€™s lost a bit of weight and added more athleticism compared to his last tenure in the league. If he still has a bit of gas left in the tank, Benjamin could offer a reserve possession receiver behind Kenny Golladay, who has a questionable injury history. Golladay missed 11 games last season with a knee issue, and while everything checked out clean during his medicals, itâ€™s never a bad idea to have a supplement just in case that fits the scheme.

In addition to offering value as a possession receiver, Benjamin could also be an intriguing pass-catching tight end. For example, if Kyle Rudolph misses any time, they can call upon Benjamin to sit down in the middle of the field and collect curl and hook passes. Last season, Evan Engram was tortured with drops and turnovers, as his weakness lies directly in the middle of the field within the 0-10 yard range from the line of scrimmage. Having an adequate option behind Rudolph, whoâ€™s rehabbing from a foot injury currently, is beneficial.