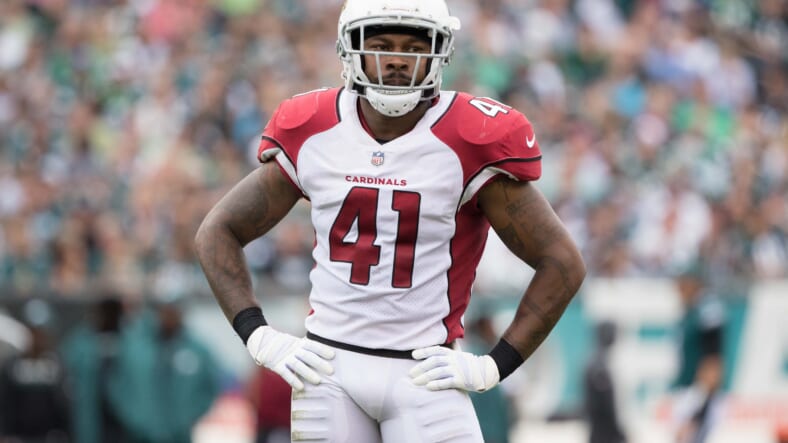 The New York Giants are in need of quality assurance at the free safety position, as they cut 26-year-old Curtis Riley for 34-year-old Antoine Bethea. The depth at the position is minimal, but there are several options in the 2019 NFL Draft that could register as reserve alternatives.

Bethea will count $3.625 against the cap this season, an awfully high number for an aged safety that might have his best days behind him. However, the former Arizona Cardinal defensive back made the transition from strong safety to free safety and has shown solid value in the secondary.

In 2018, Antoine earned 121 total tackles and 100 solo. He also earned a career-best three sacks along with four passes defended. His influence on the Giants could be significant after pairing him with new acquisition Jabrill Peppers. The dynamic safety will ultimately replace Landon Collins, but his skill set is far more diversified and effective in the 3-4 defense.

Peppers will be asked to play the run, pass, and cover tight ends. With Bethea in the backfield patrolling the secondary the Giants should be able to improve their pass defense against tight ends.

Could the New York Giants draft a free safety?

I fully believe that general manager Dave Gettleman will draft a free safety at the end of April. While it’s unlikely he will allocate impact-player level draft capital towards the position, he could certainly grab one in the 3rd or 4th round.

One player that could fit the bill is Deleware star Nasir Adderley. At 5’11”, 206 pounds, Adderley is undersized for the NFL, but I anticipate he will gain some size and strength once acclimated with the physicality of the league. The Deleware product has racked up nine interceptions in the last two season, and he has shown improved development during every campaign.

Continuous growth is an extremely beneficial factor in a player, as it shows their ability to learn from mistakes and accept coaching.

Despite having a cornerback frame, Adderley is tenacious and loves to be around the ball. Sticking him behind Bethea for a season would do wonders for his growth.