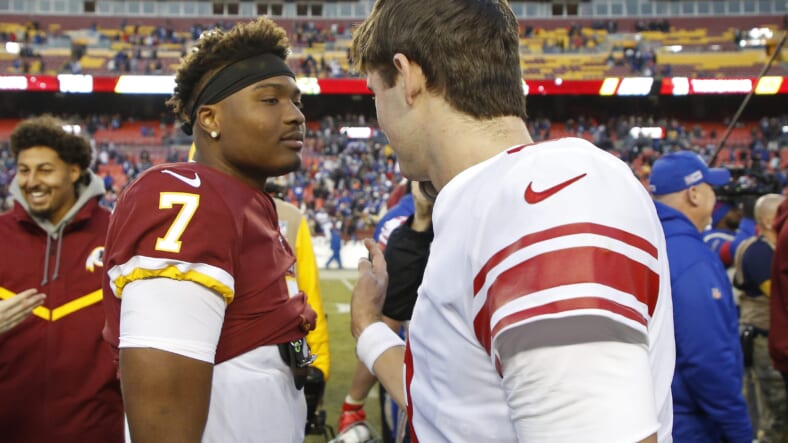 The New York Giants understandably haven’t been favored often this season, but they come into their week six game with Washington holding a slight advantage. At least, they have an advantage in the eyes of Vegas. The team is currently being favored by three points to win according to the latest betting odds from USA Today.

Neither team is in a good spot right now, of course. The Giants are still winless while Washington only has one win and benched starting quarterback Dwayne Haskins not long into the season. That benching saw the return of a 36 year old Alex Smith who only threw for 36 yards in a 30-10 loss in his sole appearance of the season.

But of course, the Giants aren’t in much of a position to claim superiority to Washington. They recently dropped a heartbreaking game to the Cowboys and they still have yet to find their first win. Daniel Jones still has the starting job, but it’s not entirely certain that would still be the case if the Giants had a competitor waiting in the wings.

Based on the current standings, this game is between the two worst teams in the NFC East. That says a lot, considering only one team in the division has multiple wins. And even the division leader, Dallas, still has more losses than victories.

To put it a different way, the Giants won’t have as good a chance as this to pick up their first win of the season, and the odds reflect that. If they manage to lose in the one game they’ve been favored in, then it’s safe to say this season is bleaker than we all originally thought.