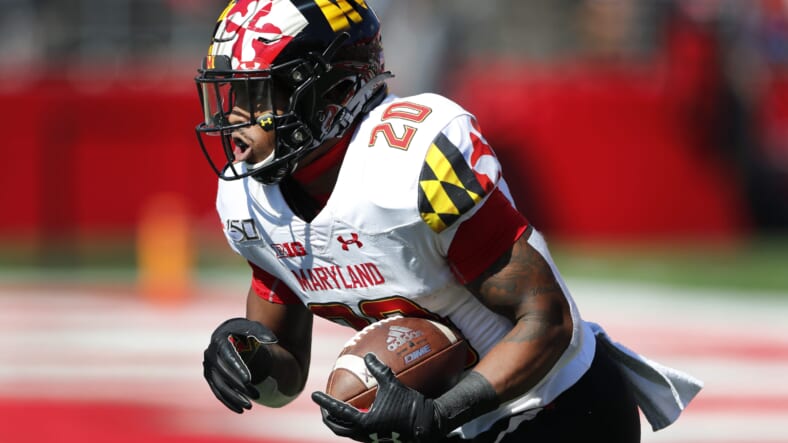 Here are three undrafted free agents that could emerge for the New York Giants in 2020:

The general consensus after the 2020 NFL draft was that the Giants maximized their picks and enjoyed a successful session. Finding their future left tackle and Andrew Thomas out of Georgia and securing the secondary with free safety Xavier McKinney out of Alabama, nobody can complain about the draft picks they allocated toward both sides of the ball. In addition, general manager Dave Gettleman added necessary depth to the offensive line in third-round pick Matt Peart, and fifth-round pick, Shane Lemieux.

While most believe they would package some of their seventh-round selections and move up a bit to select a better player, head coach Joe Judge and Gettleman decided to sit pat and take an individual player with all four seventh-rounders. This allows them to spur position battles and competition at depth positions on the roster this upcoming season. However, the Giants also signed a bevy of undrafted free agents, with some having more potential than others.

Here are three undrafted free agents that could make the roster and leave an impact:

Victor was a senior at Ohio State in 2019, and while his numbers donâ€™t scream playmaker, he has the height at 6-foot-4 to be a solid red zone and vertical threat. At just 198 pounds, Victor could use a bit more mass to build his strength at the line of scrimmage. His nine reps on the bench press were underwhelming, but he was a highly touted, four-star recruit when he first joined the Buckeyes. He left his mark by scoring touchdowns, tallying seven in 2017, and another six last season. Heâ€™s not the type of receiver to log high yardage totals, but averaging a touchdown every 4.6 catches is impressive.

Victor has plenty of potential to unlock, and with a wingspan of 82 inches, he can develop into a security blanket for quarterback Daniel Jones. He is one of the undrafted free agents with the most upside, but I wouldn’t anticipate him becoming a Victor Cruz story. The most we can hope is he can influence the receiving corps as a supplemental player.

Javon Leake, out of Maryland, is a boom or bust style player. At 6-foot and 215 pounds, heâ€™s a straight away sprinter who doesnâ€™t have much vertical mobility. NFL.comâ€˜s Lance Zierlein compares him to Tevin Coleman, a player who can hit the hole hard and expose defenses with his straightaway speed while also using fluid hips to make players miss in the open field.

Leake only saw 155 total touch is over three seasons in Maryland, but his big-play potential makes him an exciting prospect with a higher upside. While I doubt he will break the active roster as a running back, considering Saquon Barkley and Dion Lewisâ€™s availability, he has the potential to cement himself as a kid returning specialist. His ability to process defenses quickly and explode forward gives him the ability to succeed as a kick-off and punt returner. Hopefully, the New York Giants can maximize his talents in that way.

The New York Giants landed another Ohio State receiver in Austin Mack, who posted 361 yards and three touchdowns last season. At 6-foot-1 and 208 pounds, heâ€™s a bit on the smaller side as well, but he has the adequate speed to pair with his size. Mack is a decent route runner and has solid instincts, but he dropped the ball far too frequently during his collegiate career.

The athletic upside of his frame opens up the possibility of development for a team like the Giants. The hope is that he can prove himself as a back-end wide receiver or special teams expert. His production simply hasnâ€™t lived up to the talent he possesses, but he has the athletic ability and intelligence to maximize his skill set.