New York Giants: 3 players who have stood our through five weeks 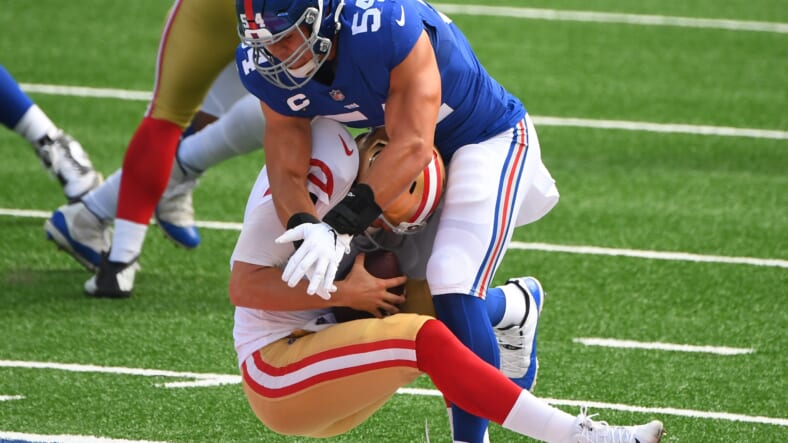 Former Green Bay linebacker Blake Martinez has been stellar for the Giants so far in his Big Blue career. In his fifth season in the NFL, Martinez has taken a massive step forward under Patrick Grahamâ€™s defense. He formally played with him in Green Bay, but Graham was just his linebackers coach back then.

Now, Graham has utilized him in unique and creative ways, improving his run defense and tackling efficiency.

Martinez currently has a 90.3 run defense and 81.2 overall grade per PFF. As we knew when the Giants signed him, Martinez was never going to be an elite coverage linebacker, and he has been tasked with mainly stopping the run and mitigating big plays. He has 26 stops, 36 tackles, 2.0 sacks, and 28 pressures on the quarterback through five games.

Interestingly, Martinez completely revamped his diet, realizing a dairy and egg allergy. Taking those two foods out of his routine has improved his athleticism and speed. Never underestimate what a good nutritionist can do for you.