New York Giants: 2 under the radar players in free agency 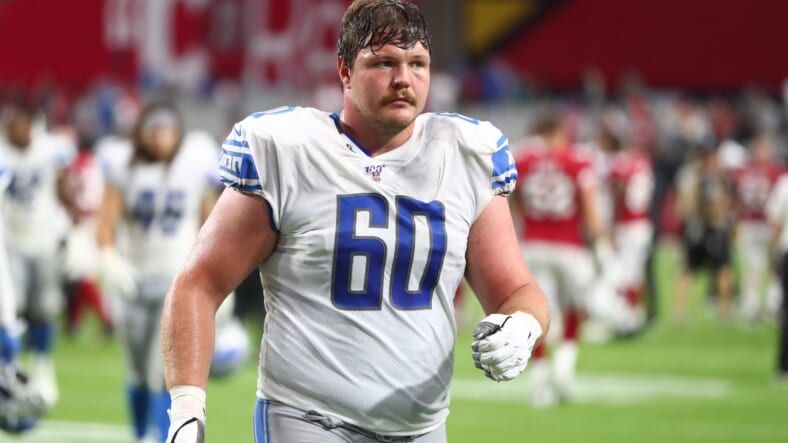 With big-name free agents plastered across the headlines for the New York Giants, it is time to dive into some under the radar options that could offer value moving forward in 2020. Of course, the big names like Byron Jones, Jadeveon Clowney, etc. will be the focus for Big Blue in bolstering their defense and offensive line. Still, with the NFL contemplating pushing back the start of the new league year next week, it is possible we will have more time to discuss free agents and prospects.

Here are two free agents the New York Giants could look into:

With Jon Halapio suffering a torn Achilles at the end of the 2019 season, the Giants could be in the market for a new center. Free-agent Graham Glasgow, who featured with the Detroit Lions last year, is on the market. Having missed just two games in four seasons, bringing him on as a logical move, considering his consistent health.

According to PFF, Glasgow finished with a 74.1 overall grade, allowing zero sacks and just three penalties. Compared to Halapio, who posted a 56.3 overall grade with two sacks allowed and five penalties, Glasgow is a far better option in free agency. He is at the end of his rookie contract and could earn a decent deal, but the Giants could probably lock him up for $4-5 per season.

Another under the radar free agent is cornerback, Justin Bethel. Bethel played with the Baltimore Ravens and New England Patriots in 2019, compiling a 50% completion percentage on just two targets. He is a quality special-teams player, though, playing in 46% of snaps with the Patriots and 37% with the Baltimore Ravens. His familiarity with head coach Joe Judge makes this an intriguing move, and having earned just 547K in 2019 with the patriots; this is a cost-efficient move to help the special teams unit.

Bethel is not an everyday starter, having started a career-high six games in 2017 with the Arizona Cardinals. This is a pure depth player who can fill in if called upon, and he fits the mold perfectly for Judge, who prefers players who can perform at multiple positions.