New York Giants: 2 tackle prospects to consider in the second round of the 2020 NFL Draft 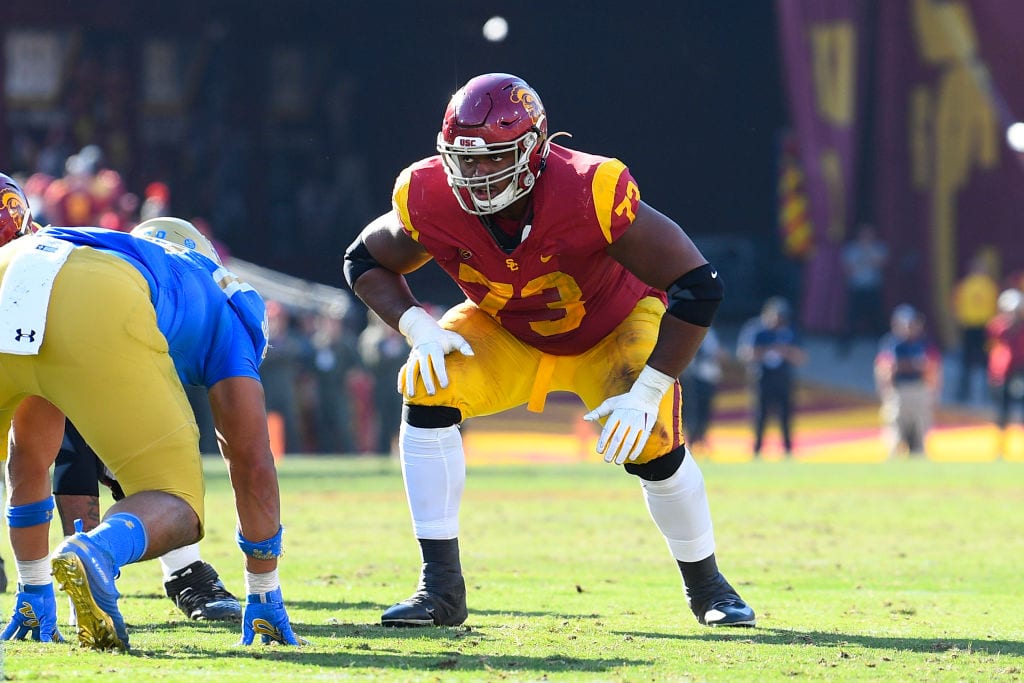 The New York Giants hold the 4th overall pick in the 2020 NFL draft, and with Clemson standout linebacker, Isaiah Simmons, on the board, there’s a high probability GM Dave Gettleman looks no further.

However, there is the chance that the Giants trade back a few slots to acquire more draft capital from a QB-needy time like the Chargers or Dolphins. In this scenario, let’s assume that Gettleman picks Simmons, and he plans to utilize his second-round pick on an offensive tackle.

Here are two prospects the New York Giants should look into:

At 6-6, 305 pounds, Jackson is a massive human being with a 1-2 round projection. If he falls to pick 36 for Big Blue, he should be their selection without hesitation. The upcoming draft is packed full of tackle options, which makes Jackson sliding to the second round very possible.

Scouts have stated that Jackson is a fantastic athlete with quick feet and agility. His ability to move and bend at the knee level enables good leverage and positioning. His athleticism has compensated for his fundamental mistakes at times, but that’s something that can be ironed out at the next level. Having a good grasp of the fundamentals and the athleticism to accompany it makes him an intriguing player and an excellent option for the Giants who need to plug the left tackle position. Nate Solder had a poor 2019 campaign and could be moved over the right tackle if the Giants are willing to give Jackson a chance on the left side.

If you thought Austin Jackson was big, Trey Adams takes it to another level at 6-7, 334 pounds. As a 1-3 round projection, Adams is a bit rawer than Jackson with his fundamentals, but he has incredible mobility for his size.

Adams did a great job of protecting Jacob Eason last season, opening up holes of attack in the running game, and ensuring Eason wasn’t put under too much pressure. Inconsistencies have hurt Adams at times, but if he can bunker down and develop further, there’s no reason he can’t be a quality starter for the Giants moving forward.

In the scenario that both Jackson and Adams are on the board, the former would be the better pick, but don’t rule out Adams from climbing the draft boards after his interviews and combine visit. Durability remains a concern for Adams, who missed a big chunk of 2018 with a back injury.