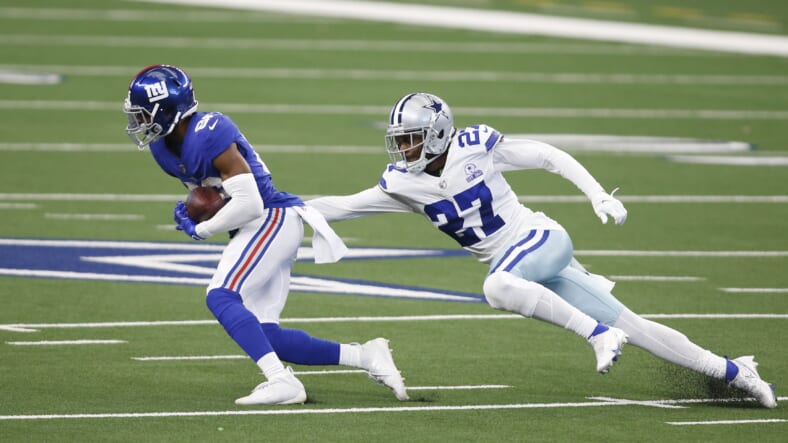 The New York Giants came within inches of beating the Dallas Cowboys in week five, and it wouldâ€™ve marked their first win under new head coach Joe Judge.

However, the Giants fell apart at the seams when the fourth quarter rolled around, as their offense was unable to get into scoring position on the final drive of the game, allowing Dallas an opportunity with 54 seconds on the clock on their own 12-yard line. Thanks to multiple timely no calls from the referees, Dallas was able to secure the victory, sending the Giants to 0-5 on the season.

This is the first time in history the Giants and Jets have combined for a 0-10 start, and if ownership isnâ€™t pacing at the fact, something must be wrong. Somebody has to be held accountable for the lack of success the Giants are enjoying, even if theyâ€™re headed down the right path.

The offense is still unable to perform at an adequate level, with the defense carrying the team for theÂ majority of games. Thanks to four Graham Gano field goals, three of which came from 50+ yards, the Giants were able to stick in the contest.

If you add Ganoâ€™s 12 points and Kyler Fackrellâ€™s pick-6, the offense only managed 16 points, which is simply unacceptable.

Two standout performances for the New York Giants in week 5:

In one of the most anticipated games of the season, free-agent signing James Bradberry had one of his best performances to date. Shadowing top pass catcher Amari Cooper all game, he allowed just two receptions for 23 yards. That is reminiscent of the Janoris Jenkins and Dez Bryant match up from years past.

However, the Cowboys focused on CeeDee Lamb in the passing game, as he racked up 124 yards matched up against Ryan Lewis and other corner options for the Giants.

Nonetheless, Bradberry has been a stud all season long, currently enjoying nine passes defended and one interception. He also has one forced fumble and a fumble recovery. Heâ€™s allowed a 54.2% completion rate this season, having been targeted only 24 times in five games. He continues to be a staple for the Giants on defense and is one of the most humble players in the locker room. His outstanding performance is extremely notable and attests to his quality.

While the Giants’ wide receivers were held in check throughout the contest, former sixth-round pick Darius Slayton had his way with the Cowboys secondary. He hauled in eight receptions for 129 yards, averaging 16.1 yards per catch.

On one play toward the end of the contest, Slayton landed a 39-yard pass with one hand, reminding the fanbase of Odell Beckham Jr. and his phenomenal catches from the past.

Earlier on in the game, Slayton brought in a fantastic touchdown on the right boundary, but it was called back for offensive pass interference on Damian Ratley.

After the game, Slayton stated that the play wasnâ€™t intended to be a pick, but it just happened to turn out that way. When playing in Dallas, you can never expect to have any calls go your way, and that was the case for the Giants throughout the game.

Once again, Darius rose to the occasion and proved himself to be the Giantsâ€™ number one receiver, and gaining back Sterling Shepard should help the team tremendously in the future.