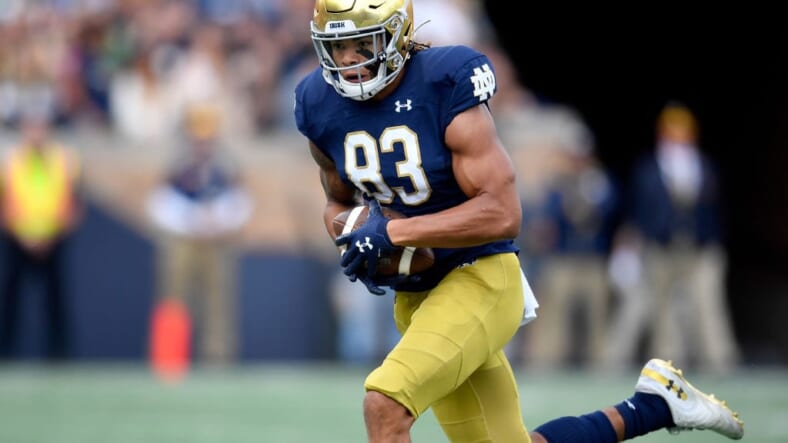 The New York Giants need a big-bodied red-zone receiver to dominate in the opponent’s half of the field, as Sterling Shepard, Golden Tate, and Darius Slayton might not cut it.

Second-year passer Daniel Jones needs a possession receiver that can make contested catches over cornerbacks, someone like Bennie Fowler but with more talent. While there are some free agents available, the NFL Draft is stocked full of pass-catching talent this year, and that’s where they should look to find their guy.

Here are two big-bodied WRs, the New York Giants should look at:

At 6-4, 200 pounds, Higgins is a big, long red-zone threat who dominated for Clemson in 2019. His 1,167 yards and 13 touchdowns attest to his abilities and what the Giants are looking for. Having played in a tough conference and the National Championship, he’s proven he can perform under the spotlight.

One of the things I like the most about Higgins is his hops, which allow him to go over the top of corners and snag balls. He can be a productive third-down receiver for Big Blue of they’re willing to spend a pick on him. He’s a projected 2nd rounder, so if the Giants trade back and gain a pick in range to snag him, he could be a great option.

Claypool is one of my sleeper options in the upcoming draft, and I believe his stock will rise exponentially in the coming weeks. He’s projected to go in the 2-4 round range, but his size is precisely what the Giants are looking for in a red-zone WR. New offensive coordinator Jason Garrett prioritizes a bigger pass-catcher in his scheme, making Claypool a fantastic option at 6-4, 229 pounds.

Not only is Chase a huge target, but his ability to pick up yards after the catch gives him more value points. His 1,037 yards and 13 touchdowns don’t match up with Higgins’, but he also didn’t have Trevor Lawrence slinging passes to him all season.Â  If Claypool were a bit faster, he’d be a first-round talent, but there’s always room for improvement at the next level.

Chase Claypool does it AGAIN! ?? pic.twitter.com/pLICg4nD54