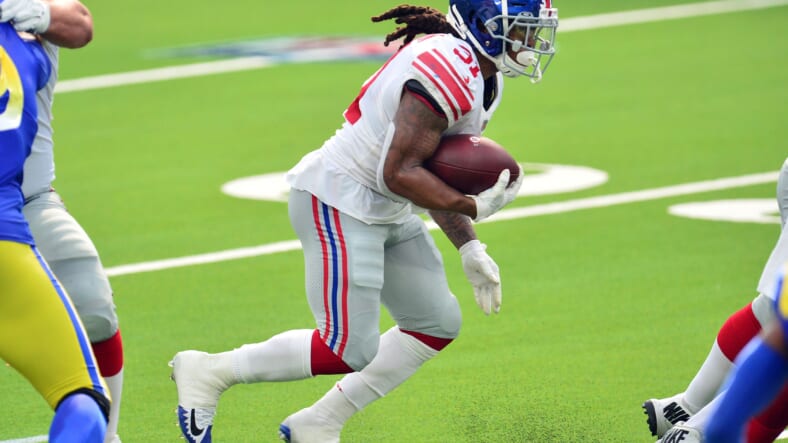 With week 5 nearly underway, the New York Giants are preparing to take on the Dallas Cowboys. At 0-4 on the year, the Giants are struggling to earn their first win, and Dallas poses a significant threat based on their offensive statistics.

Ranking 1st in passing attack and 3rd in overall scoring, the Giants matchup poorly on both sides of the ball. They are averaging just 11.8 points per game on offense, but their defense is allowing the 13th most points through four weeks. Offensive coordinator Jason Garrett will need to spark his unit, led by Daniel Jones. The Giants havenâ€™t scored a touchdown in over two games, a problematic situation that desperately needs solving.

Luckily, the Cowboysâ€™ defense is the worst itâ€™s been in franchise history and is allowing 36.5 points per game on average. The Giants have a stellar opportunity to change the narrative and gain some momentum.

One boom and one bust player for the New York Giants against Dallas:

The Giants only signed free agent running back Devonta Freeman three weeks ago, and heâ€™s already climbing the depth chart with ease.

The former Falconsâ€™ back played in just 29% of offensive snaps in week three, his first game with the Giants, but that climbed to 54% last week against the Rams. As a primary pass-catching back, Freeman is also capable of running the ball efficiently. I believe that the Giants will try to feed him the rock and get him active on offense.

Establishing a running game is essential, and I believe Freeman and Wayne Gallman will lead the rushing attack.

However, given Freemanâ€™s heightened ability as a pass-catcher, I think his influence will be far greater than any other player offense.

What we have seen from tight end Evan Engram through four weeks has been borderline embarrassing. Whether it is an inability to get open or Jason Garrettâ€™s scheme, his usage simply hasnâ€™t matched our expectations.

So far, Engram has 131 yards and 17 receptions. He has yet to score a touchdown and has seen his snap count gradually decrease since week two.

Posting a 56.7% catch rate, just a smidge higher than his rookie season total, I donâ€™t think this is a contest where Engram turns it around.

A lot of his struggles are due to Garrettâ€™s refusal to throw him the ball downfield. Against the Rams in week four, Engram didnâ€™t run a single route over 15 yards. That could be considered malpractice, and the Giants must find a way to get him open in space and push the boundary of the field on a weak Cowboy secondary.