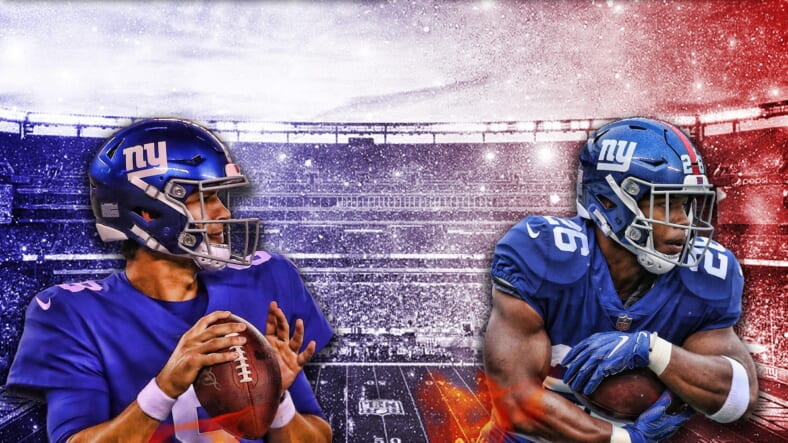 In the latest episode of Fireside Giants, the gang dives into the latest Tom Brady news involving Rob Gronkowski and him being traded from the Patriots to the Tampa Bay Buccaneers. This move comes in the wake of Brady leaving New England and starting a new chapter down south in the Sunshine State.

We take a look at how Gronk could fit into their system and if Brady can succeed there under a new scheme and offensive coordinator. We then take a dive into Derrick Brown, a defensive tackle out of Auburn, who has been linked heavily to the Giants in recent weeks.

Brown, who is one of the best talents in the draft, represents another DT that GM Dave Gettleman can invest in, having stated you cannot have too many great players at the same position, which I believe is one way of saying, you’re avoiding other significant needs to sure up a position that’s already flush with talent. One of the players being Leonard Williams, who’s set to earn over $16 million in 2020.

After diving into Brown, we take a look at the latest Justin Herbert news — FaceTiming with HC Joe Judge and what that means for the franchise. Why are the Giants expressing interest in the Oregon quarterback? What could the Giants possibility be thinking with their vested interest in him? All of these questions are answered.

To top off the final podcast before our LIVESTREAM event with NYG running back Jon Hilliman on Thursday before the draft, we gave our final predictions for the Giants and what they will do with the 4th overall selection.

Make sure to tune in at 7:30 PM on Thursday for a LIVE Q and A session with Jon — ask him about the 2019 campaign and anything in between on our Youtube Channel!