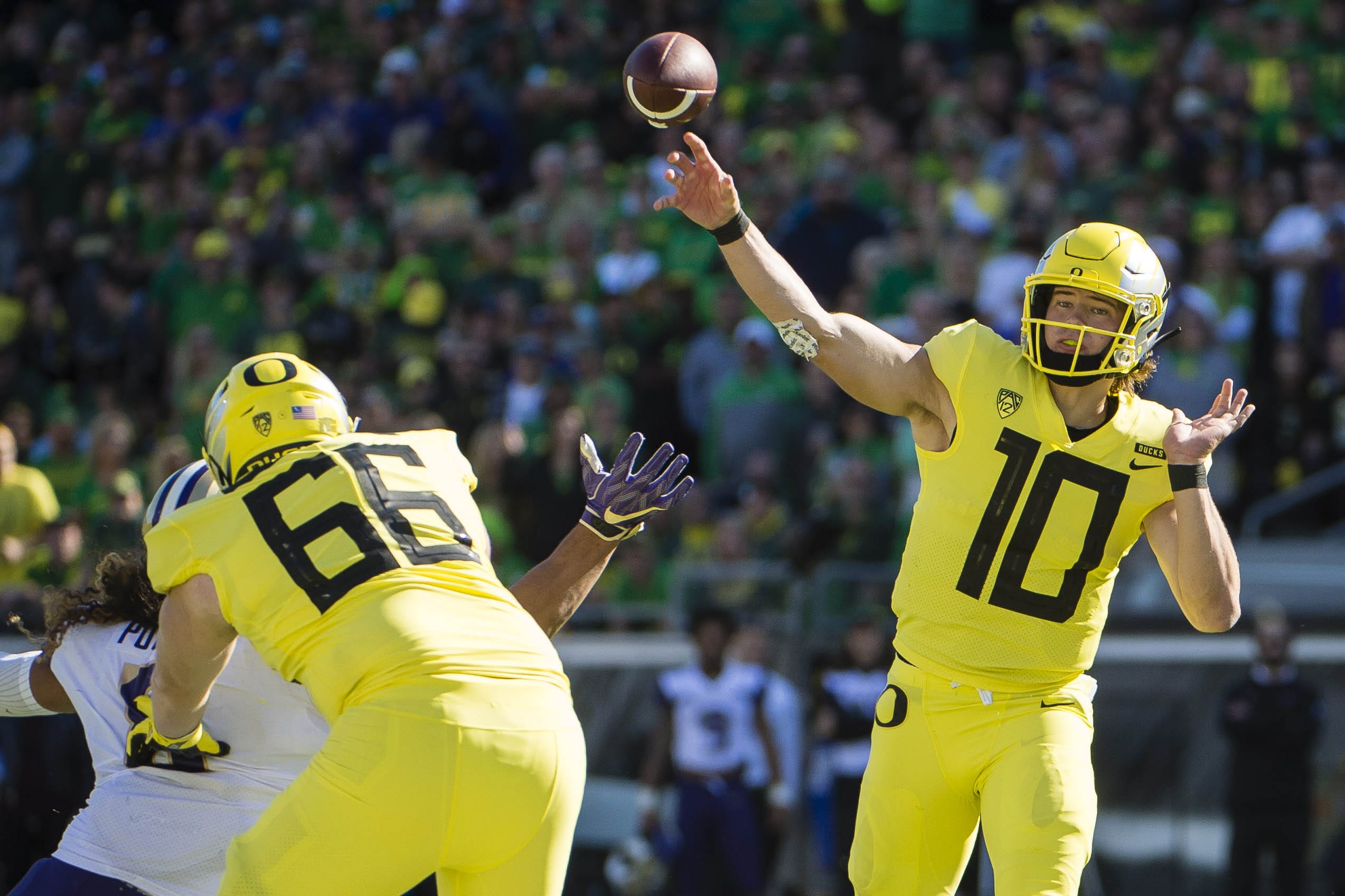 Justin Herbert might be the future of the New York Giants, but the quarterback had his worst game of the year on Saturday when the Oregon Ducks faced the Arizona Wildcats. The game was the second straight loss for an Oregon team that has fallen out of contention for the PAC-12 after starting off in the mix, and there’s one question that NFL fans will want to ask after the result: how much of the blame here is on Herbert?

First and foremost, the blame will be on the Oregon defense. They allowed 44 points and even with a good game from the quarterback, getting a win under those circumstances is a tall task. On the other hand, it’s important to note that Oregon only scored 15, and that just doesn’t cut it. Especially for a team that prides itself in offense and has a potential number one overall NFL draft pick at quarterback.

Herbert threw 48 passes, which is the most he’s thrown this season and surpasses the 44 that he threw against Washington State. You may notice a trend here, of Oregon throwing the ball more and losing games. It might be a bit concerning to next level scouts, but the larger problem is a decline in completion percentage over the past games.

Against Stanford and California, Herbert completed 78% and 72% of his passes respectively, but this stayed at 56% for the next two games and then fell to an even 50% against Arizona. It’s also worth noting that Herbert threw his first interception since the Stanford game, when he rolled out of the pocket while standing at his own end zone and firing the ball deep down the field where it was intercepted when the pass was short of the receiver.

Overall, Herbert had 186 yards through the air, which is less than he’s had in any previous game this season. He did throw two touchdowns, to his credit, but that doesn’t change the fact that this is undoubtedly the worst game of the year for the quarterback that might just go number one overall during next year’s NFL Draft.

Herbert is almost certainly on the draft board of the New York Giants, but it might not be wise to just assume that they’ll draft him. After all, there’s still some games left to be played, and while every quarterback has bad games from time to time, there’s some worrying trends showing up for Herbert right now and the last games of the season could be make or break for him.