How The Philip Rivers News Helps The New York Giants 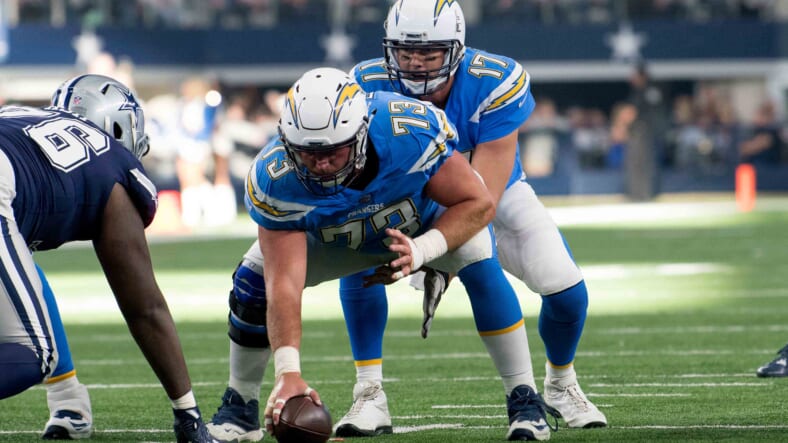 The NFL is going through significant changes this offseason. Multiple franchises are parting ways with their veteran quarterbacks. Eli Manning’s recent retirement came as no surprise, but Drew Brees is mulling retirement as well. Additionally, Philip Rivers and the Chargers areÂ reportedly moving onÂ from each other ahead of 2020’s free agency period.

Philip Rivers will be a free agent this March, leading many fans to speculate as to where the veteran signal-caller might end up playing next season. But, for fans of theÂ New York Giants, the speculation will not surround Philip Rivers as much as it will encompass the Chargers’ next quarterback. The question is, whom will the Chargers’ next quarterback be?

Many assume that Los Angeles will get younger at the sport’s most important position. Like the Giants did last year with Daniel Jones, the Chargers are likely to draft their next franchise quarterback in the upcoming 2020 NFL Draft. This could be good news for the Giants as they hold a highly coveted draft pick.

Could The Chargers and Giants Strike A Draft-Day Deal Again?

The 2004 NFL Draft saw the Giants and Chargers both draft and subsequently trade rookie quarterbacks. Eli Manning was drafted first overall by the then-San Diego Chargers. The Giants drafted Philip Rivers. The two swapped quarterbacks in a draft-day trade that worked to the benefit of both teams (but more to the benefit of the Giants who saw their quarterback win two Super Bowls in his sixteen-year career).

Once again, the Giants and Chargers both possess top-ten draft picks in a year featuring a rich quarterback class. Unlike 2004, however, the Giants do not need to draft a quarterback with their first-round draft pick. This is where another draft-day trade could come to fruition.

Assuming Joe Burrow and Chase Young get drafted first, and second overall, the Giants and Lions will be in peculiar positions with their third and fourth overall draft picks. Teams will be looking to trade up for the next best quarterbacks in the class. Tua Tagovailoa and Justin Herbert both have the potential to be top-five picks in April.

Regardless of whether or not the Lions stay put or trade their pick away, the Chargers just made the Giants’ draft pick more valuable. If they want one of these top quarterbacks, they will need to trade up from their sixth overall pick.

Trading down with the Chargers could be a win-win situation for both teams. The Giants would move back only two spots while adding an extra draft pick, possibly an additional second-rounder. The Giants would still have the chance to land one of the big-names they would be considering at fourth overall, and the Chargers would get their future franchise quarterback.