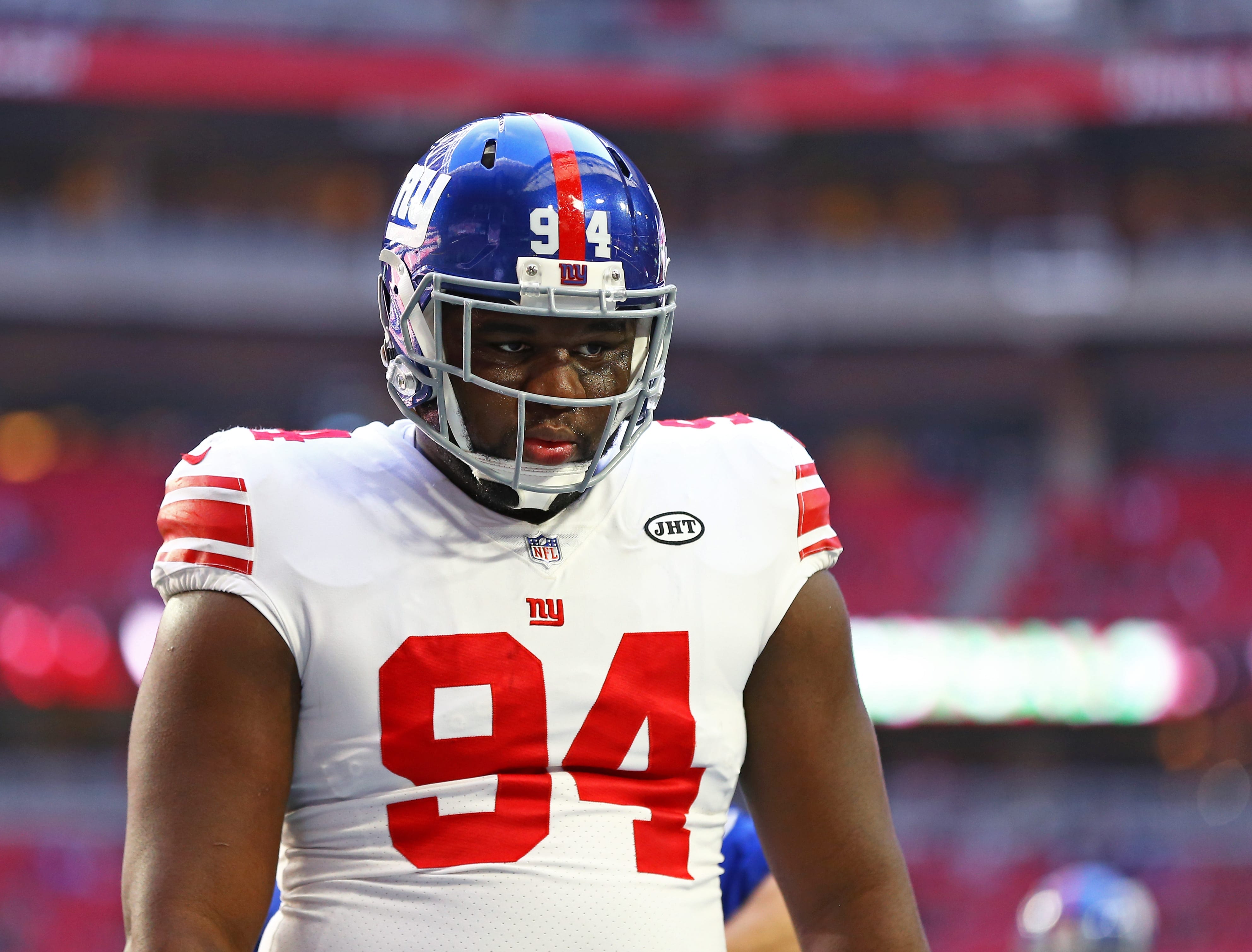 The New York Giants have a few difficult decisions to make this off-season, and one of them revolves around interior defender Dalvin Tomlinson. After being drafted back in 2017, Tomlinson has taken gradual steps forward in his development and is now a key in stopping the run for the Giants’ defense. However, he is expected to earn a contract extension that could be out of their price range, as the salary is expected to drop significantly due to the COVID-19 pandemic.

This isn’t just a problem for New York, though, as teams around the league will have to shed players in line to earn extensions. Of course, retaining Tomlinson would be ideal, considering his dynamic pairing with Leonard Williams, who posted 11.5 sacks in 2020.

Nonetheless, replacing 0-1 technique interior defenders is probably the easier thing to do on defense. Whether the Giants look toward the draft or a supplemental piece in free agency on a cheaper deal, Tomlinson seems to be the odd man out. We’ve seen them do similar things in the past with Linval Joseph and Jonathan Hankins, letting them walk and earn bigger contracts elsewhere while using the draft to supplement the position in the mid-rounds.

Two draft prospects the New York Giants could look at to replace Tomlinson:

Tommy Togiai is a solid replacement for Tomlinson in the second round, after enjoying an impressive season with the Ohio State Buckeyes in 2020. He projects as a high-level run defender, exactly what Tomlinson dominated in during his tenure in blue.

The OSU interior defender soaks up double teams and uses a strong base to control offensive linemen at the line of scrimmage and corral runners. He is an above-average A and B-gap defender, which is exactly what Tomlinson is utilized for Patrick Graham’s defense. He would easily fit into their 3-4 scheme, and there is some more potential as a pass rusher from the interior. Ultimately, they need to find a solid nose tackle to line up over the center, and Togiai can do that well.

Another solid option is McNeill, who projects as more of a pass rusher from the IDL. McNeill is a great athlete with explosiveness off the LOS, which is exactly what you want from a player who can line up over the center or in a three-technique. At 6-foot-4 and 315 pounds, he has the lateral quickness and pass rusher mentality that allows him to press on and collapse the pocket. His motor seems to never stop, but his ability to penetrate gaps is what makes him so attractive. If the Giants want to go with a more interior pass rush look, McNeill is the right player to go with, but if they want to focus on stopping the run, Togiai represents a more refined talent.