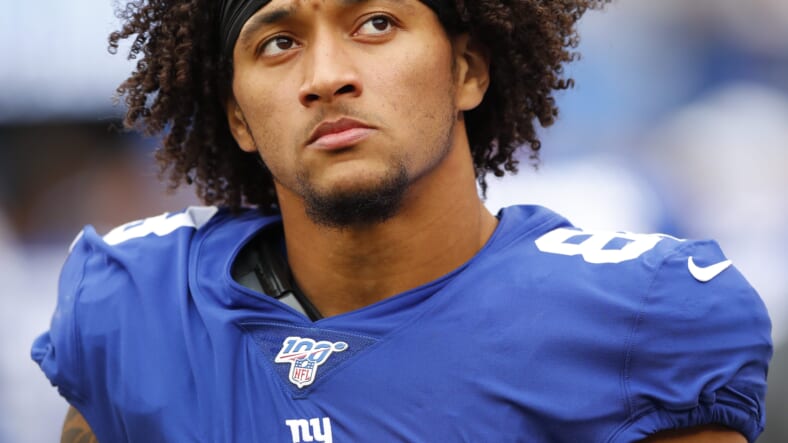 Taking a look at how the New York Giants should proceed with Evan Engram in 2020:

With the 2020 NFL draft coming to an end, the Giants have several decisions to make on the current roster. Tight end Evan Engram is entering the fourth year of his contract, which demands that the Giants make a decision on his fifth-year club option.

Engram has had a troublesome tenure with Big Blue, consistently battling injuries and missing playing time. In 2019, Engram played in only eight games after suffering a mid-foot sprain that required surgery.

His statistical output has decreased consistently over the three years since his inception into the league. His rookie season saw him enjoy his best production, tallying 722 yards and six touchdowns. Fast forward two years, and he logged 467 yards and three touchdowns.

The Giants need him to remain healthy and act like the speedy and versatile TE he is meant to be. When on the field, he is a real weapon that Daniel Jones can utilize in the passing game. However, depending on him to remain active has become an issue, which poses the question, should the Giants extend him for his fifth year?

Solely based on how much the fifth year would cost, extending him should be an easy decision. If the Giants do opt to lock Engram down for a guaranteed 2021 contract, they would need to pay him $6 million in compensation. That is not a lofty price for a tight end of his caliber and potential. Additionally, it gives them the ability to trade him at the deadline next season if they wish. Given he’s having a quality campaign and the Giants are not looking at a playoff berth, he could be used as trade bait to add more draft capital in 2021.

At 25 years old, Engram is still in his prime and capable of producing more. He will make just $1.96 million in base salary next season, a small number given the potential he holds on offense.

â€œWeâ€™ll make the decisions this coming week,â€™â€™ general manager Dave Gettleman said. â€œWith the craziness on and off the field, so to speak, over the last six weeks, weâ€™ve had preliminary conversations. Weâ€™ll make those decisions pretty quick.â€™â€™