How Much Longer Will Eli Manning Be The Quarterback For The Giants? 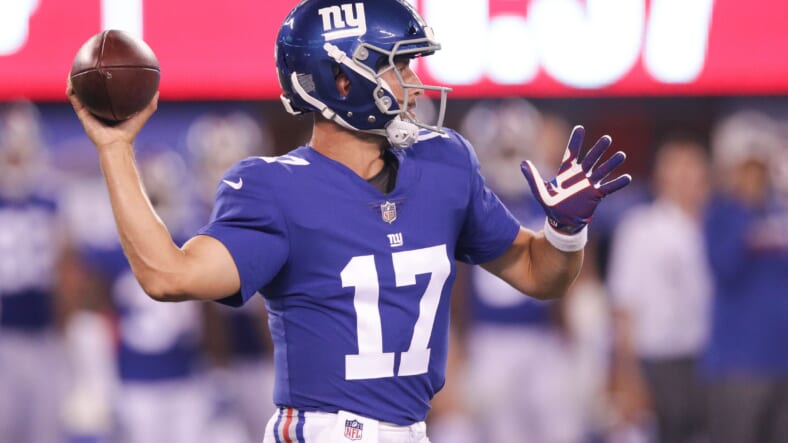 The New York Giants are going to bench quarterback Eli Manning – it’s just a matter of when and how. Making the same mistake as former head coach Ben McAdoo made last year is something Pat Shurmur can not afford to do. He must go about sitting Manning respectfully and smoothly, all the while trying to extract any sense of optimism from rookie signal caller, Kyle Lauletta.

The former Richmond passer has spent about half a year learning from under Manning and being molded by Shurmur. He’s a clean, short to intermediate passer, which is exactly what Shurmur’s offense is fitted for. Allowing him to take control of the rookie and help him adapt his game to the speed and physicality of the NFL will be essential for when he takes the field.

The Giants aren’t mathematically eliminated from the playoffs just yet, but we can assume that after the BYE week (week 9) it will be Lauletta’s team the rest of the way. I would expect to see Manning play week 17, just as a final goodbye to the franchise, because he’s clearly incapable of carrying this team when all else fails at 37 years old.

What can we hope from Lauletta?

Moving forward, it will be all about evaluating the young talent on the team, one of which is Lauletta. Here’s an interesting question: What if he shows he can be our guy moving forward? Now, it’s unlikely a 4th round pick steps turns into a star, but crazier things have happened. He showed various good aspects during the preseason – vision, anticipation, accuracy, awareness, etc.

His primary weakness is his deep ball. He lacked accuracy on passes over 20 yards, which could be a result of the jitters. In practice, Lauletta apparently throws a nice deep ball, but simply needs more live action to tailor his skill-set.

Even if the rookie proves to be more than expected, it shouldn’t waiver the Giants’ priority in drafting a high-quality quarterback in the near future. It’s better to have two valuable passers with a low cap-hit than just one.