How does the Sam Darnold trade affect the New York Giants at 11? 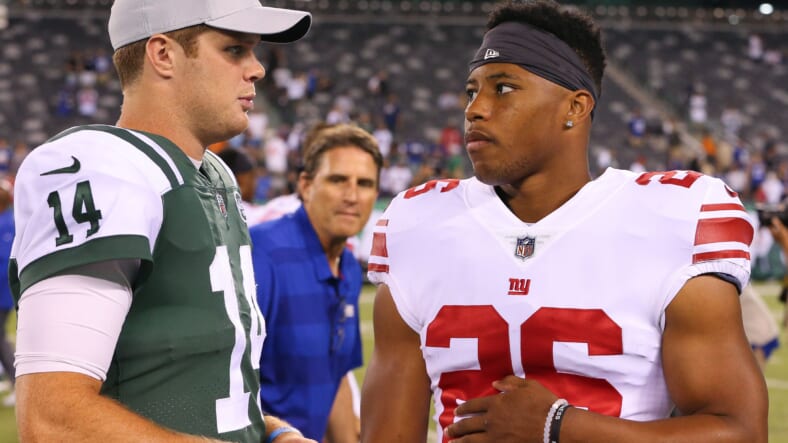 The New York Giants currently sit with the 11th overall pick in the 2021 NFL draft, but it seems as if every team is moving around them. The new draft order is far different than it looked about a month ago, with the San Francisco 49ers trading with the Miami Dolphins all the way to the third selection. Miami jumped back to the 12th spot and then traded with the Philadelphia Eagles back up to the sixth selection.

The Giants have essentially been watching everything unfold beneath them, but how does the current outlook of the draft impact their potential selection in less than a month?

Current draft order leading up to the New York Giants:

On Monday afternoon, the New York Jets officially traded quarterback Sam Darnold to the Carolina Panthers in exchange for a sixth-round pick in 2021 and 2nd/4th rounder in 2022. While this wasnâ€™t exactly the haul they anticipated, they did get some decent value back in the future for their former first-round selection.

The Jets will now likely draft BYU quarterback Zach Wilson with the second overall pick in 2021, but what does that mean for the Giants as the Carolina Panthers no longer need a quarterback?

With Carolina in the eighth spot, the anticipation was that they could target a player like QB Trey Lance, but now theyâ€™re more likely to invest in a weapon or offensive lineman.

Many have mocked a star receiver or Northwestern OL Rashawn Slater to the Giants at 11, but the possibility of either falling dwindles with each passing trade. Nonetheless, there is a bevy of talent available, and with so many quarterbacks expected to come off the board in the top 10 picks, the Giants will have an opportunity to grab a premium talent or trade back for more capital.

As co-owner John Mara said recently, signing Kenny Golladay and Adoree Jackson allows the Giants to be a bit more flexible in the first round, taking the best player available or allocating toward a position of need. However, reaching on a pass rusher in a weak class would be a mistake, especially with players like Micah Parsons or even Jaylen Waddle on the board.

Nonetheless, the impact that Darnold has on the Giants’ draft pick is that Carolina could take a skill player; potentially one Big Blue desires. While it could hurt the Giants, thereâ€™s always the possibility they trade back and swap with a team like the New England Patriots who could target a quarterback.