How can the New York Giants maximize Evan Engram in 2020 and beyond? 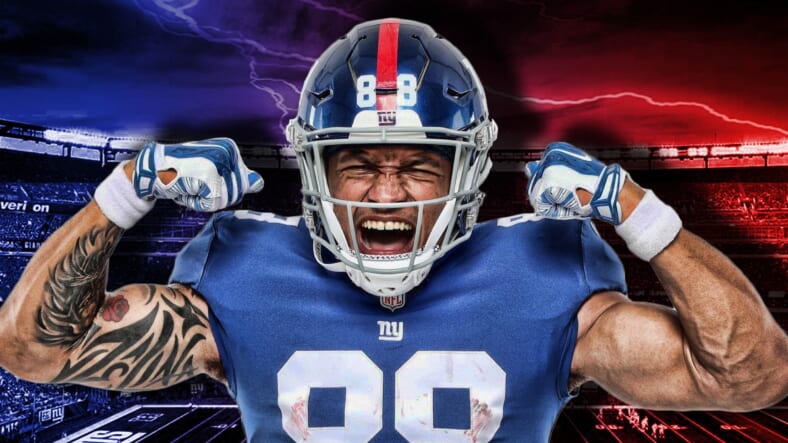 Taking a look at Evan Engram and how the New York Giants can maximize his talents:

The best ability is availability in football, and New York Giants tight end Evan Engram has struggled living up to that expectation. In 2019, Engram suffered a mid-foot sprain that required surgery, forcing him to miss eight games and limiting his production to just 467 receiving yards and three touchdowns.

Overall, last season was his worst as a professional football player, seeing his yardage totals drop and catch rate drop from 2018 by nearly 6%.
If Engram wants to stick with the Giants for the foreseeable future, he needs to have a stellar 2020 campaign, and the odds are against him.

Recently, general manager Dave Gettleman and head coach Joe Judge made a mutual decision to pick up his fifth-year option. He will count $6.013 million against the cap for 2020, a small-ish number for a player of his talent.

Engram is capable of being a playmaker on offense and exposing defenses in the middle of the field. Jason Garrett, coming from the Dallas Cowboys to act as the Giants’ offensive coordinator, will likely run heavy 12 personnel sets. This means that Engram and another tight end, either Kaden Smith or Levine Toilolo, will feature on offense frequently.

The New York Giants were forced to stray away from the strategy of last season due to injury, which required them to use 11 personnel sets that greatly featured Smith. The former San Francisco 49er draft pick from 2019 had a solid season with the Giants, logging 268 yards and three touchdowns on just 41% of offensive snaps. He showed he can be a decent blocker in the run game and a threat in the receiving game, but he still has development to undergo.

Smith will play a part moving forward, but Engram is the key at this point, and the Giants have to find a way to keep him healthy and productive on the field. However, they could look to trade him at the deadline next season if he is growing in value. He still has two years as a Giant remaining, but injuries make him expendable to a degree. His lack of blocking in pass pro has hurt his overall worth, but his production in the receiving game is elite for a tight end.

Ultimately, if it were my choice, I would feature Engram in a heavy role alongside another tight end in 12 personnel. This will likely be Garrettâ€™s strategy to confuse opposing defenses and utilizing him on mesh and vertical routes.

Again, health is a significant factor here, and his future success heavily relies on his availability.