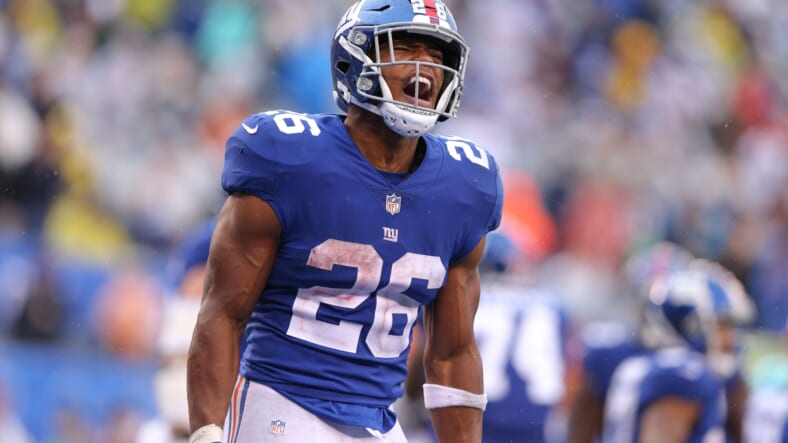 As quarterback Eli Manning quickly fades out of the spotlight and Odell Beckham Jr. creates negative media attention, one New York Giants player has used the distractions to prove his worth as a leader and as a play-maker.

First-round rookie Saquon Barkley has been silent. His words resonate throughout the media but are blinded by the media attention that Beckham has produced. If the Giants’ star receiver was hoping to maintain his iconic stance in the NFL, he’s quickly being outmatched by the humble running back.

One of my major concerns with Beckham is his folding in the face of adversity. Given, he’s lost his fair share of games in the past few years, but creating negative attention and throwing everybody under the bus surely doesn’t help his cause. Barkley, despite carrying the offense, has assured that he must improve and that he will do whatever to takes to help his team succeed. Now, that’s what a leader is supposed to do.

How has Saquon Barkley looked so far this season for the New York Giants?

Barkley is averaging an astounding 5.2 yards per carry against one of the league’s worst offensive lines, including 811 all-purpose yards with six total touchdowns. He has been the Giants’ most lethal weapon, and his insane athletic abilities have been the silver lining this season. In fact, most are simply watching the Giants just to see the dynamic rusher.

There’s no question he will continue to grow as a player and make Sports Center worthy plays every week, but his intangibleÂ  skills as a leader will be influential for years to come, and that’s the underlying story that most are overlooking amid the madness.