Giants make big change at center against Dallas on Thanksgiving 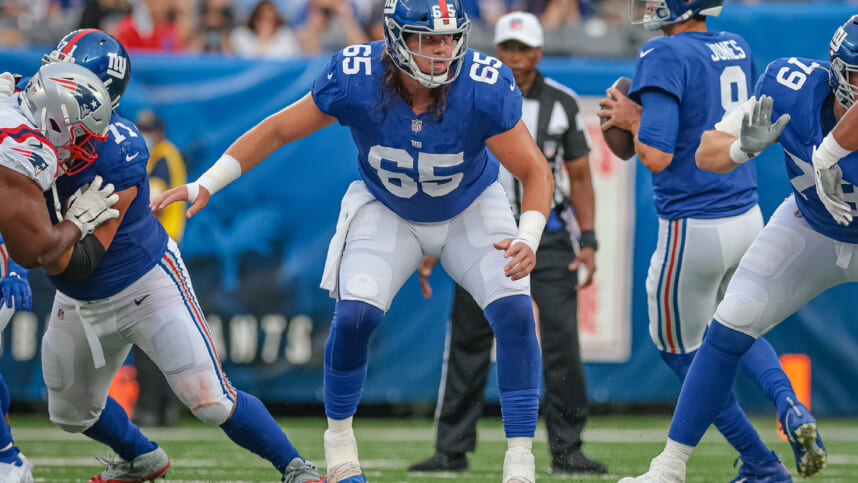 The New York Giants are demolished by injury heading into a Week 13 matchup against the Dallas Cowboys on Thursday afternoon. The offensive line was one of the hardest hit units, with starting right tackle Evan Neal still out with an MCL sprain, left guard Josh Ezeudu out with a neck injury, and center Jon Feliciano also out with a neck issue.

Altogether, he’s been serviceable but has struggled to a degree and faced inconsistencies. However, the triumphant return of Nick Gates makes losing Feliciano a bit more bearable, having fought his way back from seven surgeries to fix a broken leg he sustained in Week 2 last season against Washington.

Gates has played in 43 snaps this season, including 21 at center against the Detroit Lions last week. He gave up one pressure and his first action back as a primary player, featuring as an in-line tight end for the most part over the last three weeks.

Gates now has a prime opportunity to reclaim his old job, and with the Giants extremely thin across the board on the offensive line, he has no choice but to fully commit to the broken leg. There could still be some psychological leftover fear, but Gates is one tough dude and will likely push right past those barriers.