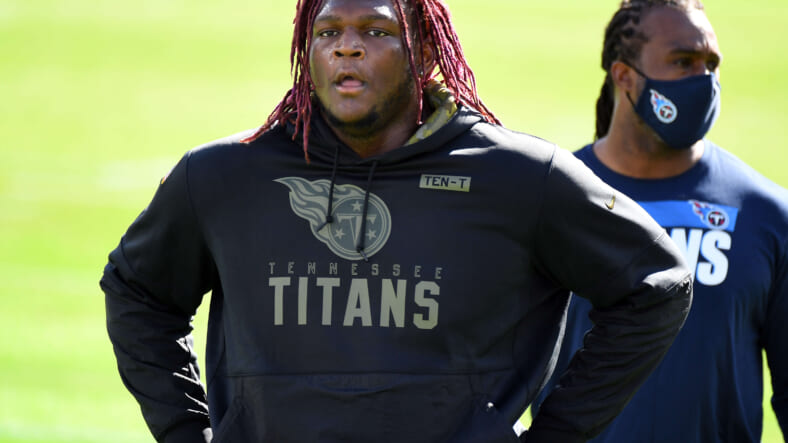 The New York Giants can use as much help on the offensive line as they can get, which is where former first-round talent Isaiah Wilson comes into play. Wilson is an estranged tackle, making his way through the Tennessee Titans and the Miami Dolphins before being released due to character concerns.

Wilson attended camp overweight and missed practices and meetings, taking for granted the opportunity he earned with the Georgia Bulldogs. However, reality has smacked Wilson in the face, and he has worked diligently with the Giants to earn another opportunity in the NFL.

While the Giants continue to mold his body back to playing shape and work his fundamentals, he is still quite some time away from earning an opportunity. Unless injuries arise, I wouldnâ€™t expect to see him this season, despite the poor play of Nate Solder at right tackle.

â€œI think we have long-term plans for this guy in terms of where we see this guy being able to help in the future. However, in terms of this year, heâ€™s made a lot of progress and if the situation arises and the opportunity comes up, weâ€™re getting him ready to go ahead and help us,â€ Judge stated, via Patricia Traina of Giants Country.

Judge did say that Wilson could earn an opportunity this season, but thereâ€™s little confidence he would make an appearance unless Big Blue was forced to make a move.

â€œFor a guy specifically, Isaiah, heâ€™s been making progress for us. He had some really good work yesterday in the one on ones against the defensive line and the defensive rush,â€ Judge said.

Judge continued on to give some insight into how they are coaching Wilson, taking a basic approach toward his game, and rewiring his internal work ethic.

â€œHe gets extra work at some of the schematics and just you can take it back to really like a base level with a lot of these guys because you get them at different points of the year, itâ€™s good to almost go back and reset and start by going over like itâ€™s OTAs or training camp with a lot of these younger guys and make sure they get every detail of the install on the way up. When guys come in, you get them the information, you get them the install, but itâ€™s good as a group to all hear it again together for the first â€“ well, not for the first time, but like itâ€™s the first time.â€

If the Giants stick with Wilson and continue to develop him as a new player, he could end up being a potential starter down the line. At this point, heâ€™s still not in playing shape and hasn’t enjoyed any reps with the starting unit, so we are likely talking about the 2022 season as a potential opportunity for him to work his way onto the roster.

However, it is great to see that heâ€™s making positive progress and hasnâ€™t had any character setbacks.