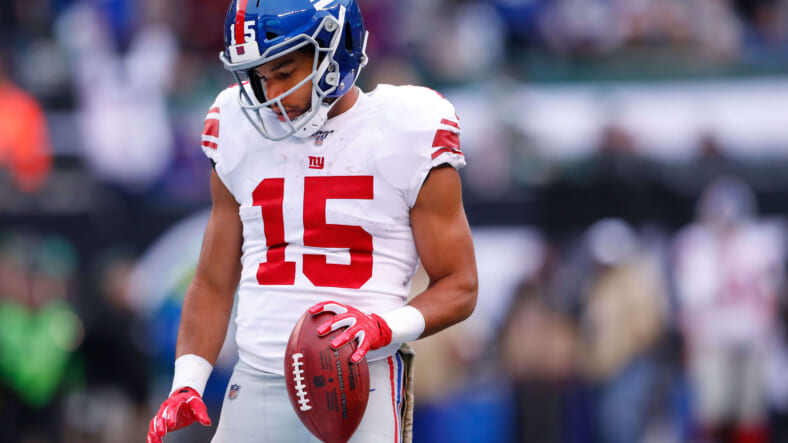 The New York Giants are gearing up for a tough contest against the Los Angeles Rams in week four, but thereâ€™s another battle that will be ensuing during the matchup. Giantsâ€™ receiver Golden Tate and Ramsâ€™ corner Jalen Ramsey have a complicated past, as Ryan Dunleavey of the New York Post suggests.

Their troubles stem from a relationship between Ramsey and Tateâ€˜s sister, Breanna Tate. Ramsey, who has two children with Goldenâ€™s sister, broke off their relationship during Breannaâ€™s last pregnancy.

Golden Tate told The Post last October, â€œIâ€™m not happy at all with the disrespect that heâ€™s shown towards my sister, and the things heâ€™s done in the past, but I donâ€™t really want to go too much into it.â€

The New York Giants need to temper their emotions:

Ultimately, this matchup could see spilled blood boil over into the contest, and it wouldnâ€™t be surprising one bit. The Giants, however, are coming off three consecutive losses to open the year and are already in a position to secure a top-five pick in the draft based on projection models. They arenâ€™t expected to win many games, but letting personal issues get in the way of their ultimate goal, progress, cannot be tolerated.

Ramsey tweeted following Tate’s public outing of the star corner: â€œWe live in a society where ignorant people feel that they are owed an explanation of what goes on in our day-to-day lives â€¦ and why we make the decisions we make â€¦ we donâ€™t have to answer to anyone but the man above. Sâ€”t is beyond overrated.â€

Ramseyâ€™s statement alone suggests that Tate is ignorant and has no idea what he is talking about when it comes to his sister. He references God as the only person he needs to answer to, but Golden seems to feel otherwise.

This is a matchup to keep an eye on, but at this point their careers, Ramsey is by far the better player. Maybe he can access some of his reserve fuel and have himself a day.