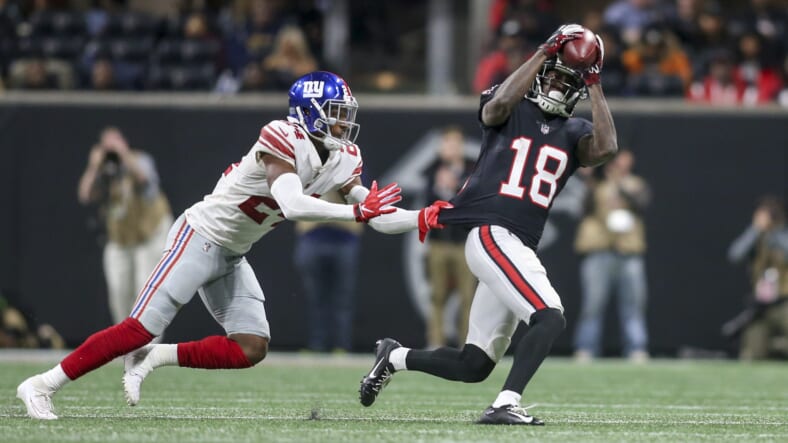 After Eli Apple got in the face of Odell Beckham Jr. during Monday night’s loss to the Atlanta Falcons, the New York Giants brass found it best to send the cornerback packing. Tuesday morning he received a call that he would be traded to the New Orleans Saints. The Giants received a fourth round pick in 2019 and a seventh rounder in 2020 for his services.

Apple has proved to be a cancer to the team during his stint with the Giants, and despite showing more promise this season, his worth clearly wasn’t valued to GM Dave Gettleman and co. But, the most interesting aspect of this trade is that it opens the door for others to part ways with the franchise and according to some sources, they might not be done just yet.

As of Tuesday morning, the Giants have also sent Damon Harrison to the Detroit Lions for a 5th round pick. Harrison has been known to be one of the leagues best defensive tackles for quite some time, dominating in the run game. Personally, I feel as though he’s worth more than a 5th rounder but his contract and age clearly played a part.

Similar to the Oakland Raiders, the Giants seem to be keen on adding draft picks to their arsenal, as Gettleman struggled to find the right pieces in free agency but had a stellar draft that features several current starters.

Moving forward, it might be best to stock pile draft picks and build the team through means of rising college talent and not veteran players that seem to be un-adaptable. Several high-contracts have put Big Blue in a hole moving into the latter part of the season as weaknesses become ever-more apparent.

A rebuild is commencing for the Giants:

When Gettleman made the promise that the Giants were competing to win now, we all figured he was being a bit optimistic. In fact, it was fair to say that he was being foolish, since the offensive line surely couldn’t be pieced together in one offseason, and both sides of the ball were going through massive systematic changes. Add in the fact that half the team was cut right before the start of the regular season, and you can come to the conclusion that this team was bound for failure, again.

Head coach Pat Shurmur has managed to keep the lid on his team so far, but it’s only a matter of time before the negativity rears it ugly face. The best thing to do would be to unload a few high-priced players that are nearing the ends of their contract to add picks and value. The adoption of a youth agenda seems to be a high priority on the list for the Giants right now.