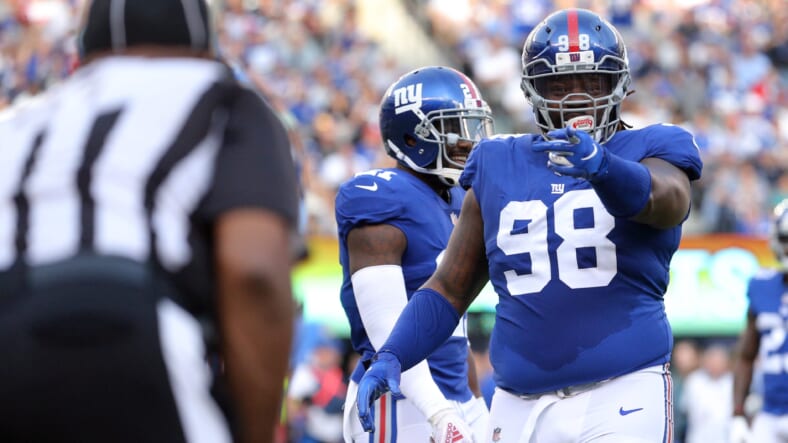 The fire sale is officially on. Â Yesterday, the Giants shipped a â€˜cancerousâ€™ Eli Apple off to the New Orleans Saints.

This morning, Dave Gettleman and company sent Damon â€˜Snacksâ€™ Harrison to the Detroit Lions for a 5th round pick, via Ian Rapoport.

The Giants are moving away from the 30-year-old nose tackle and one of the best run stuffers in the league who is making 8 million this year. Â This move comes as a shock to Giants fans, but the move clears cap space for next season. Â Also, Snacks hasnâ€™t been playing much this season anyway. Â Against the Falcons, Snacks only appeared on the field for 33 snaps, which was less than 50%.

The move also complies move drafts picks for the Giants in next years draft. Â Fans have already voiced their disgust with this trade on Twitter early this morning, fans wondering why the Giants did not get more for Snacks? Â The Giants were able to get a 4th round pick for Apple, and thatâ€™s because Apple is younger and has a more cap friendly contract.

Dalvin Tomlinson will now be the guy that takes over at nose tackle. Â Tomlinson, 2nd year man out of Alabama, better bring some sweet mouthpieces as he will have some big shoes to fill. Â However, the Giants have faith in Tomlinson considering this season is a bust, the Giants have moved from â€˜win nowâ€™ (lol) to a full rebuild.