Giants’ Center Jon Halapio Promises to Be Ready for 2020 Season 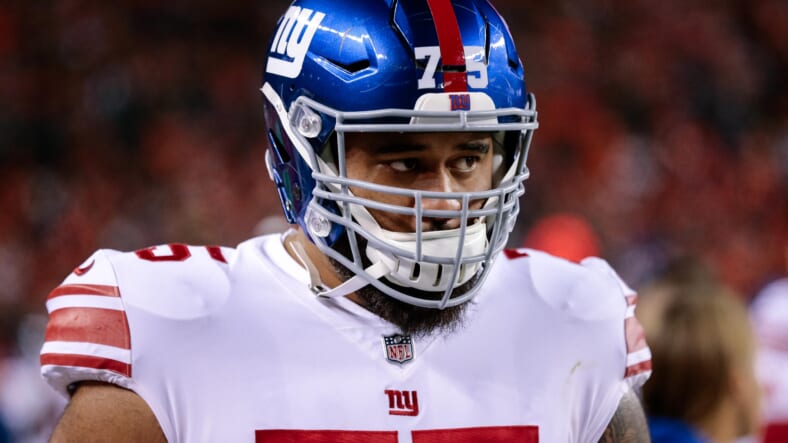 New York Giants center Jon Halapio vows to be ready for the beginning of the 2020 regular season. Halapio underwent surgery after the Giants’ Week 17 loss to the Philadelphia Eagles to repair a torn Achilles tendon, an injury – depending o it’s severity, can keep a slyer laid up for 8-10 months on the average.

I want to take a moment to thank the @Giants faithful for their support this season—both for our team & for me, as a player.

On New Years Eve, I had Achilles surgery & today I got some great news—I’ll be healthy, happy & ready for the 2020 season.

The Giants are committed to Halapio, who will be a restricted free agent at the end of the league new year in March. The injury is troubling for Halapio for several reasons. First, it’s the second year in a row he’s had to have surgery to repair a debilitating leg injury. Last year, he fractured his leg in Week 2 and missed the remainder of the year.

The Giants will likely leave Halapio unsigned, placing a mid-round tender on him to keep another team from snatching him up, then place him on the PUP list to insure that he stays healthy through training camp.

In the interim, the Giants have Spencer Pulley in the fold. They signed Pulley to a three-year, $8.025 million deal before the 2019 season and would step into the starting role should Halapio not be able to return for the season.

Halapio had an uneven season in 2019 but still had the confidence of the Giants’ coaches. It would behoove them to find a longer term solution at center in the upcoming draft.