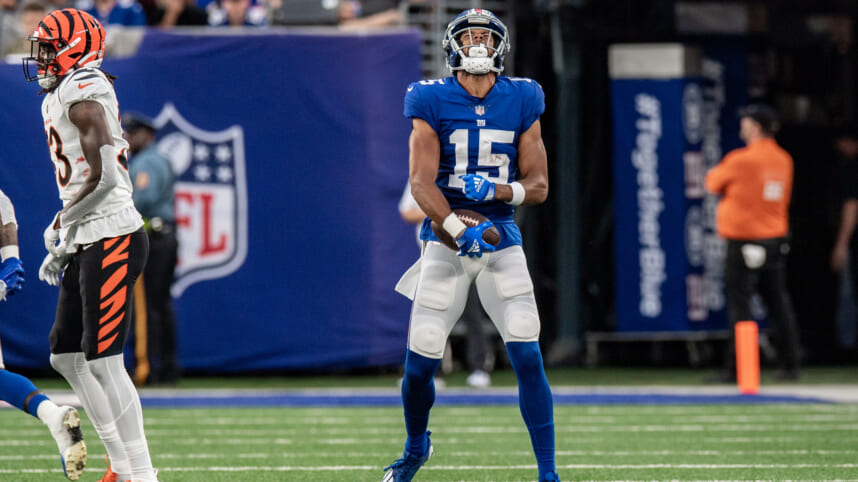 The New York Giants have had some recent injuries and sustained yet another tough one today. Wide receiver Collin Johnson, who has had a strong summer in training camp and the preseason, suffered a leg injury and had to go off on a cart.

He hurt his lower right leg in a drill, and the injury severity seems to be serious. The injury is a tough one for Johnson, who was increasing his final roster chances by the day. Head coach Brian Daboll had recently even discussed the game day role that Johnson was playing himself into.

Johnson reportedly could not put all of his weight on his right leg, and the initial reaction from his teammates indicated an injury that could be significant. It is unfortunate for a young player who was just starting to prove himself.

With Johnson playing himself onto the final 53, it potentially shakes things up for the Giants at wide receiver. It presents opportunities for Alex Bachman, David Sills, Richie James, and Darius Slayton.

The Johnson injury is tough on both him and the Giants. Johnson was looking like a roster lock. The Giants’ injuries continue to pile up and make for more difficult final 53 decisions in the coming week.