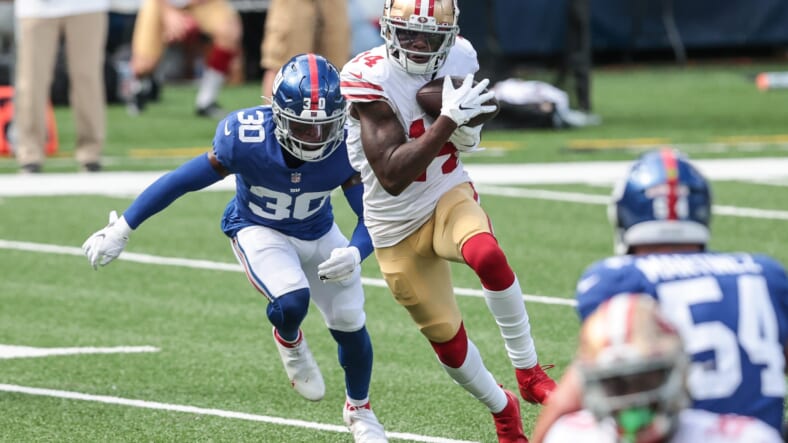 While some were confident the New York Giants would overcome the San Francisco 49ers in week three, one person had so much faith he was willing to invest $1 million on their success.

However, if you watched the contest, you know that the Giants were outmatched and completely blown out 36-9. If you were batting in favor of the Giants, there was no way you walked away a happy man, and this specific individual walked away with depression.

According to CBS, one unlucky gambler lost $1 million on two separate $500K bets on the New York Giants:

For the second $500,000 bet, our gambling friend wagered thatÂ Daniel JonesÂ would throw for more than 244.5 yards. WithÂ Nick BosaÂ andÂ Richard ShermanÂ both out for San Francisco, betting big on Jones wasn’t that crazy. However, Jones definitely didn’t take advantage of the 49ers depleted defense. If anything, they took advantage of him. With four minutes left to play in the fourth quarter, Jones only had 136 passing yards in a game where he would finish with 179. Basically, he didn’t even come close to hitting the 245 yards that were needed for our gambling friend to win his bet.

My question for this person is, why on earth would you bet on the Giants at any point in the past three years? They have been the epitome of failure in the NFL and have lost even the easiest of games.

The 49ers, despite their injuries, are much deeper and have fantastic coaching on their side. The Giants, with a new coaching staff and new faces littered across the roster, were never in a position to win. Predicting a score on Twitter is a lot different than putting $1 million down on the most optimistic bet in history.