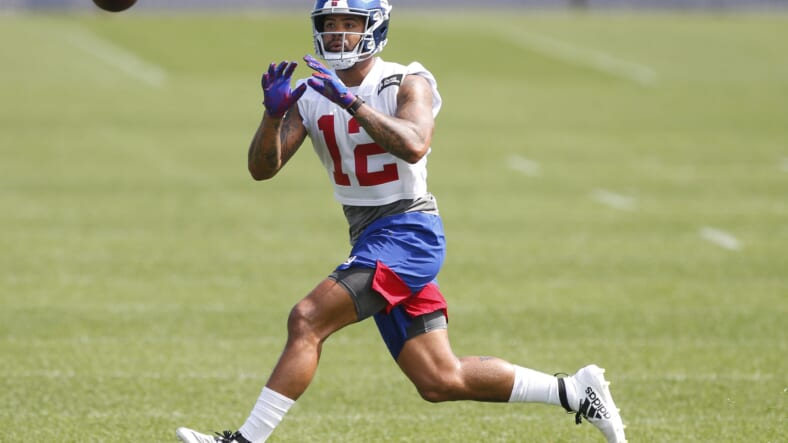 Another day has gone by and another story has popped up about the New York Giants and the off-the-field qualities of their players. Or in this case, a former player. Cody Latimer was a member of the Giants for the past two seasons, and while he never excelled, he managed to hang around the rotation at wide receiver. When Latimer left the team as a free agent for the Redskins, the departure didn’t make too much noise in the Giants fanbase.

Latimer and his 300 yards from 2019 could be easily replaced, after all – either through the Draft or with talent already on the team. But there’s a reason why, despite not being the most notable player as a Giant, Latimer is being spoken about in relation to the Giants once again.

On Saturday morning, Latimer was arrested in Colorado on charges which include second-degree assault and illegally discharging a firearm. Of course, the problem technically doesn’t belong to the Giants. Latimer is a current member of the Redskins, which saves the Giants from another embarrassing situation right after DeAndre Baker’s arrest.

However, the two incidents in the past couple of days does bring into question the commitment to high character players from General Manager Dave Gettleman. It’s not possible to see every incident before it happens, but players such as Odell Beckham Jr. and Landon Collins were arguably moved on from for more minor things, while players brought in by the new regime haven’t had an entirely clean record.

With a couple of incidents already involving one current Giants player and one former player of the past two years this offseason, one can only hope that things are calmer from here on – before more doubt is cast on the organization and its decision making processes.