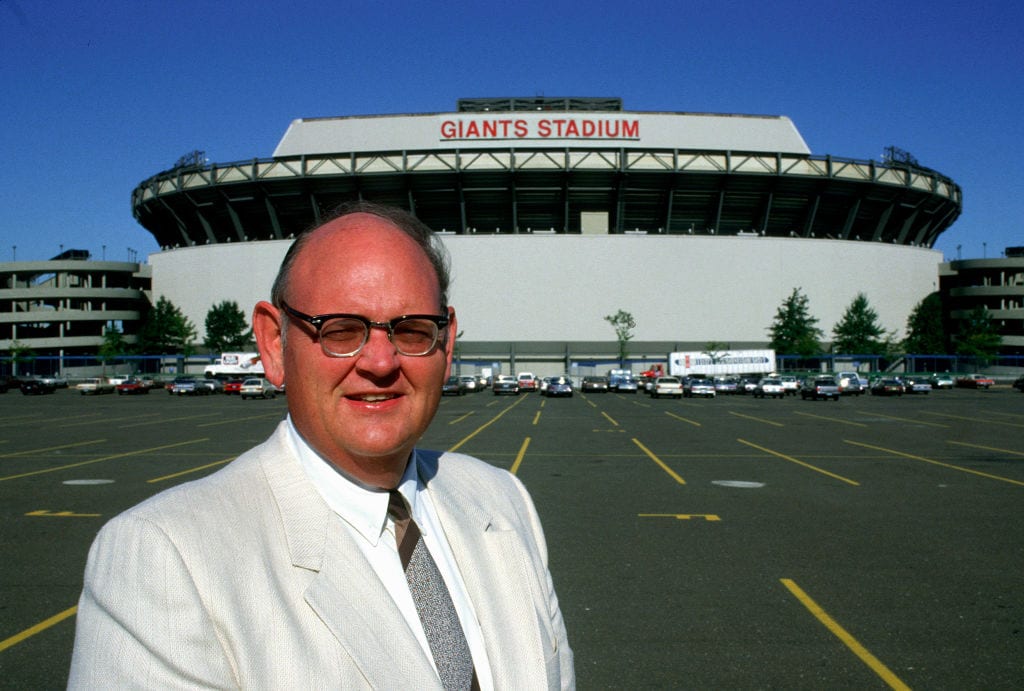 It’s been a long time coming, but former New York Giants general manager and franchise saver George Young will finally be enshrined in the Pro Football Hall of Fame in Canton, Ohio.

Young, who left the Giants in 1998 and passed away in 2001 at age 71, was the driving force behind the Giants’ renaissance of the 1980s after being ‘appointed’ the Giants’ GM by then-NFL Commissioner Pete Rozelle in 1979 in an effort to solve a long standing feud between owners Wellington Mara and his nephew, Tim.

From the Giants: Young served as the Giants’ general manager from 1979-97 and a five-time NFL Executive of the Year, was announced today as a member of the Hallâ€™s Class of 2020, a uniquely large 20-member group selected in conjunction with the leagueâ€™s centennial. He was one of three contributors chosen from a list of 10 finalists by a special panel comprised of members of the Pro Football Hall of Fame Selection Committee, Hall of Famers, coaches, football executives and several leading football historians.

â€œGeorge is certainly very deserving of being in the Hall of Fame,â€ said Giants CEO John Mara. â€œMy only regret is that heâ€™s not around to enjoy this. He took our organization from being in last place and not having a lot of respect around the league to being a Super Bowl Champion. He made every football department in our organization more professional. He changed the reputation and level of respect that our team had for the better. He improved us in so many different ways. He certainly is a very deserving Hall of Famer. Again, I only wish he could be around to enjoy this moment. Itâ€™s long overdue. All of us here are very happy that at long last he will be enshrined in Canton, Ohio.â€

â€œGeorge Young transformed our organization,â€ said Giants chairman Steve Tisch. â€œMy father (the late Bob Tisch, who purchased Tim Maraâ€™s 50 percent ownership in 1991) always appreciated Georgeâ€™s leadership and vision, and George was vital to our family as we transitioned from our traditional business interests into the National Football League. For that, we are grateful, and his election to the Pro Football Hall of Fame is most deserving and a long time coming.â€

Young was not always an easy person to get along with but he was fair and now the football world is retuning the favor. He is where he belongs.